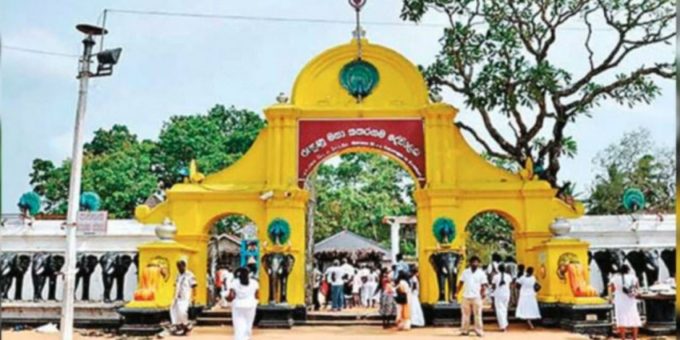 COLOMBO (News 1st); The new entrance of the Ruhunu Kataragama Devalaya over the Menik Ganga began on Saturday (01), led by the President.

Moreover, two vehicles were donated to the Kataragama Devalaya in order for trash collection purposes in line with the ‘Surakimu Ganga’ program implemented by the Ministry of Environment.

Shiba Inu Is The Most Popular Cryptocurrency In 2021. It Was Viewed 43 Million More Times Than Bitcoin

How can you manifest your goals in 2022

Coronavirus vaccine: How long will the COVID vaccine stay effective? Here’s what doctors want you to know
2021-03-17

India Outraged Over UP Cops Hathras Move, Our Own George Floyd Moment
2020-09-30