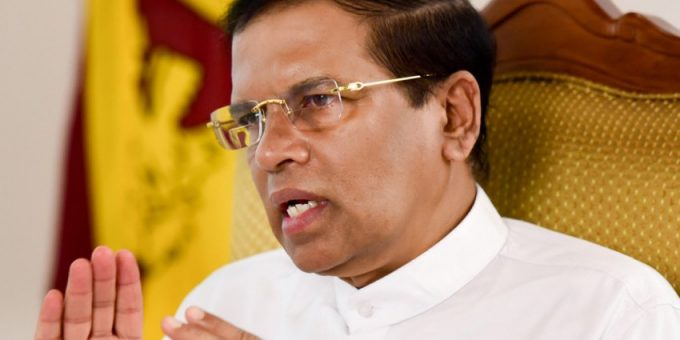 Colombo (News 1st): President Maithripala Sirisena says he does not approve intelligence officers being summoned before a Special Parliamentary Select Committee for state intelligence information to be revealed to the media.

According to the President’s media unit, the President had noted he will not produce any security officer in active duty before the PSC and he would take responsibility on behalf of those officers.

The President in a meeting with Senior Ranks of Sri Lanka Police today said the Attorney General had informed him, there are 05 cases on the 04/21 attacks taken up at the Supreme Court and appointing a PSC at such a time sets a negative impact on the process undertaken by the Supreme Court.

India Likely To Receive Lower Rains In June, Monsoon To Pick Up In August-September: Weather Office

Christmas 2019: Celebrate The Festival With Merry Feasts At These Places Across India
2019-12-22