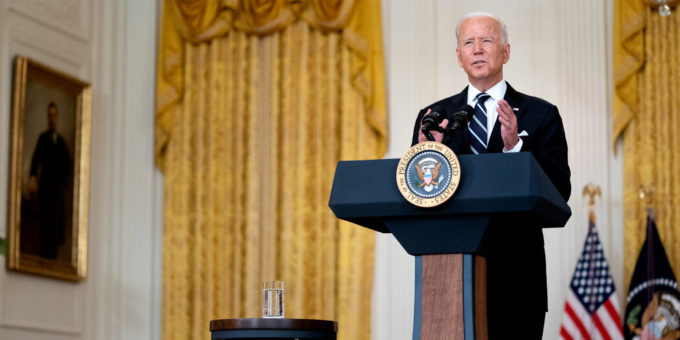 President Biden, facing intense criticism over the chaotic push to get Americans and Afghan allies out of Afghanistan, will speak about the evacuation effort on Friday afternoon.

The remarks, planned for 1 p.m., come after days of tumult in and around Hamid Karzai International Airport since the Taliban took Kabul, the Afghan capital. The United States has struggled to quickly process visas for evacuees, and images of Afghans clinging to departing U.S. military aircraft have circulated around the world.

As of Thursday afternoon, the U.S. military had evacuated 7,000 Americans, Afghans and others since the Afghan government began to collapse on Saturday, well short of the 5,000 to 9,000 passengers a day that the military will be able to fly out once the evacuation process is at full throttle, officials said.

As many as 6,000 people — including former interpreters and cultural and political advisers — were also on standby to be flown out of Kabul’s airport early Friday.

Mr. Biden has said he may extend an Aug. 31 deadline he had imposed on the mission if necessary to continue evacuating Americans from the country. But he has defiantly defended his larger decision to withdraw troops from Afghanistan, while largely avoiding addressing the chaos of the withdrawal itself.

In his first remarks on the crisis on Monday, Mr. Biden argued that he did not order an evacuation of Americans and Afghan allies in Kabul sooner to avoid panic and “a crisis of confidence” in the Afghan government, which collapsed far sooner than expected.

He also placed part of the blame on Afghan allies who “did not want to leave earlier, still hopeful for their country.”

In an interview with ABC News on Wednesday, Mr. Biden said that some of the consequences of the withdrawal were inevitable.

“The idea that somehow, there’s a way to have gotten out without chaos ensuing — I don’t know how that happens,” Mr. Biden said.

#Home: Director Rojin Thomas reveals how a tech lesson to his dad gave birth to the film