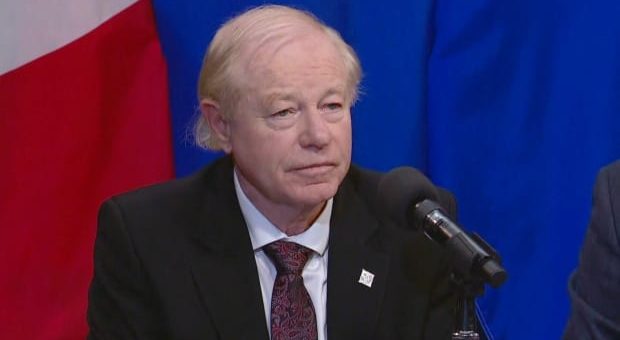 Premier Danielle Smith has fired 11 members of the Alberta Health Services board and replaced them with an administrator.

Dr. John Cowell will now oversee the $15-billion organization — and not for the first time.

“He can accelerate the changes that we all need to see,” Smith said at a news conference Thursday.

Cowell will report to Health Minister Jason Copping, who said the government needs to move more quickly to address the challenges in the health system.

Unlike board members, who serve in the roles part time, Cowell will be a full-time government employee.

Cowell said he understands the public has heard these promises before and may feel skeptical.

“I really do hope that I’ll be able to make an effective contribution to making health care stronger and a better experience for the patient,” he said.

In 2013, Cowell served a one-year term as AHS administrator after the then Progressive Conservative government fired the board. He has also been CEO of the Health Quality Council of Alberta.

Replacing the AHS board was one of Smith’s UCP leadership campaign promises. Last month, she said a new governance structure for the provincial health authority would be in place within 90 days.

Knowing Smith’s plans for the board, one member tendered her resignation last month as soon as Smith was elected as party leader.

Smith has said AHS failed to ensure there were enough health-care workers on the job during the COVID-19 pandemic when it required all employees to be vaccinated against the disease.

In December 2021, AHS put 1,650 unvaccinated employees without valid exemptions on paid leave. The organization employs 121,000 people. About 750 of them were expected to return to work last March when the mandate was lifted.

Smith has also said AHS neglected to create enough intensive care unit spaces in hospitals earlier on during the pandemic.

Alberta Health Services also has an interim CEO after the now-terminated board ended the employment of CEO Dr. Verna Yiu.

In 2013, past Premier Alison Redford’s health minister also fired the AHS board of the day after members clashed with the government over executive pay.

Four administrators, including Cowell, acted in place of a board until the NDP government appointed new members in 2015.

Julia Fox switch to “women” after separation from Kanye