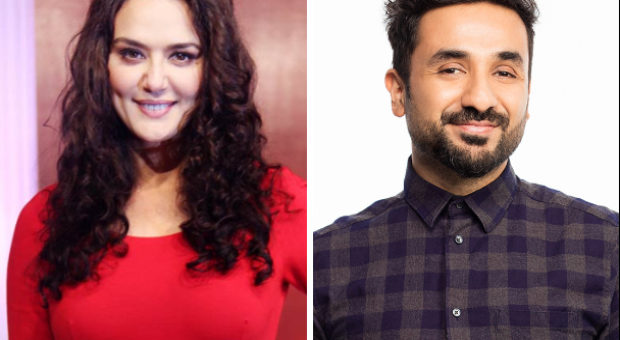 Preity Zinta and Vir Das will be co-starring as a couple as in the upcoming episode of Fresh Off The Boat, an American TV series. They have been tapped to guest star on the show with a potential spin-off in works.

It’s been reported that Preity Zinta and Vir Das will soon an episode of Fresh Off the Boat which is written and produced by Rachna Fruchbom. The episode will revolve around an Indian family whose daughter attends school with Eddie. The girl’s parents, DC and Meena, will be essayed by Vir Das and Preity Zinta.

They plan to film the episode on November 18 which won’t serve as a backdoor pilot but a potential spin-off titled Magic Motor Inn on ABC Network. If the network decides to move forward the spin-off, they will order a regular pilot during the pilot season. from Fresh Off The Boat producer, 20th Century Fox TV.

Fresh Off The Boat is a story depicting the life of a Taiwanese-American family in Florida in the 1990s. The sitcom stars Randall Park, Constance Wu, Hudson Yang, Forrest Wheeler, Ian Chen, and Lucille Soong.

ALSO READ: Preity Zinta was Ashutosh Gowariker’s one and only choice for his untitled next

PM Modi Calls For UN Reform, Says It Should Be An Instrument For Positive Change