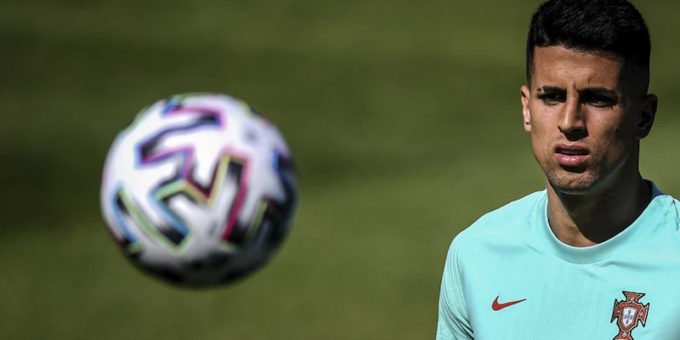 Joao Cancelo has tested positive for Covid-19 and is out of the Euro 2020.

Manchester United’s Diogo Dalot, on loan to AC Milan, has
replaced the Manchester City right-back in the Portuguese squad with the
titleholders opening their Group F campaign against Hungary in Budapest on
Tuesday.

They the face Germany in Munich four days later with world
champions France waiting for them back in Budapest on June 23.

“According to the Covid-19 protocol established by UEFA
before Euro 2020 matches every player in the squad underwent RT-PCR tests on
Saturday. The results, with the exception of Joao Cancelo, were negative,”
the Portuguese federation announced.

Cancelo is one of a number of Euro players to contract
coronavirus.

Russia’s build-up to the delayed European Championship was
hit when winger Andrei Mostovoy tested positive and was ruled out on Friday,
the day before their opening game against Belgium.

And Spain skipper Sergio Busquets is self-isolating and out
of their opening game against Sweden on Monday in Seville after testing
positive last weekend, two days after a warm-up match against Portugal.

YouTuber Bhuvan Bam mourns the loss of both of his parents due to COVID-19  : Bollywood News