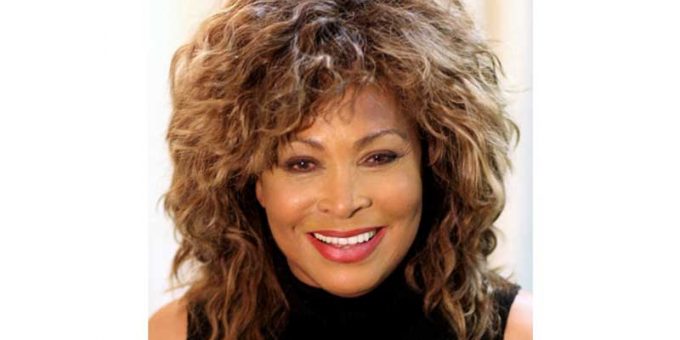 ‘As I’m about to turn 80, I’d like to think I’ve become wise in some ways,’ Tina Turner just told Rolling Stone. But there’s never been a revival like Tina’s Eighties comeback. She became a solo superstar when she was 44. Things like that just don’t happen.

None of it happened the easy way. Tina’s always been a fighter, because she had to be. I remember hearing the WBCN DJ introduce this brand new hit by “the world’s hottest grandmother,” in the summer of 1984, and I could not believe my ears. This voice rasping, “What’s love got to do, got to do with it” – a grandma? This woman had lived. She’d gone through some grown-up shit. Every feeling you’d ever had, in your petty little teenage life? To her, it was just another second-hand emotion.

Her life just hit Broadway as the musical Tina. She began as half of Ike and Tina Turner – she was the cover star of Rolling Stone’s second issue, in November 1967. As the world should have guessed, but didn’t, this marriage was a torture chamber. But it’s the grown-up Tina we celebrate today. When she broke free with Private Dancer in 1984, she did more than just reboot her career. She became a whole new kind of pop star, defining middle-aged cool. Like another veteran born in the 1930s who came back strong in the Eighties, her fellow Nicheren Buddhist devotee, Leonard Cohen, she never tried to hide her age. Instead, she flaunted all the aches and bruises in her voice.

Nobody else could have done “Private Dancer,” her heart-wrenching ballad of an aging sex worker. As she just told Rolling Stone, the song “tells the story of women like me, caught up in sad situations, who somehow find a way to go on.” It was written by Dire Straits’ Mark Knopfler, never exactly regarded as a feminist icon, but in this song he did for strip clubs what “Sultans of Swing” did for mediocre trumpet players. Tina rattles off credit card options as she leans on the pole and leers to the listener-as-john: “Do you wanna see me do the shimmy again?” Jesus. Wow. No, thanks. Have a chair, ma’am.

At first, after she escaped Ike, the music business gave up Tina for dead. Black, female, pushing 40? No chance. But she found a bizarre new life, among the New Wave kids. She became one of the earliest MTV stars. For some reason, some people still fall for the fairy-tale bullshit about Michael Jackson being the network’s first black star, thanks to his noble white label boss, but ask anyone who was actually watching at the time – MTV in 1982 was home to an eclectic crew of edgy outsiders like Turner, Prince, Grace Jones, Joan Armatrading, Peter Tosh, Bus Boys, Sly & Robbie, Phil Lynott. These artists had nothing in common except they didn’t exist on rock radio, pop radio, or anywhere else on the American airwaves.

Tina’s Heaven 17 duet, “Ball of Confusion,” became an MTV staple. Heaven 17 were brilliant New Romantic synth-pop Brit-fops from Sheffield – alumni of the Human League. Main honchos Martyn Ware and Ian Craig Marsh had a side hustle as B.E.F., or the British Electric Foundation. Since Tina couldn’t get the time of day back home, she was amazed to learn there was a young generation of U.K. aesthetes who didn’t see her as a has-been – they looked up to her, and knew her records better than she did. As she recalled later, “Martyn, who was practically a boy, though a very talented one, happened to think that this middle-aged singer had a bright future.”

Something about the session seemed weird to her – no band? No instruments? Just a couple of pasty English twits and a room full of synthesizers? Well, what the hell: These kooky kids took her seriously, which was a nice change, so she went along with it. They wanted a little soul? She gave them soul. “Ball of Confusion” was a raw first-take vocal. She had no way of knowing it would rescue her career.

Martyn Ware produced her next single, a cover of Al Green’s “Let’s Stay Together,” the rock upon which Private Dancer was built. By the next time they made a B.E.F. album, in 1991, Tina was obviously one of the world’s biggest stars, but she didn’t forget the friends who gave her a helping hand. She gave B.E.F. a raw and righteous version of “A Change Is Gonna Come.”

The night her career finally blew up came in January 1983, thanks to one of her biggest fans: a guy named David Bowie. The Thin White Duke was about to give his new label his biggest hit in years, Let’s Dance. When he came to NYC, the Capitol bosses wanted to wine him and dine him and celebrate the filthy fortune they were all about to make. But Bowie told them he had plans – he was seeing his favorite singer at the Ritz. And – as he informed them – so were they. Her manager Roger Davies was shocked to get a call from the label asking for a few last-minute guest spots. Sixty-three of them.

When Tina hit the stage that night, she had no idea Bowie had dragged his label bigwigs there, along with half the city’s rock & roll royalty. But she blew the room away. “My Cinderella moment,” she put it in the 2019 memoir My Love Story. “That night at the Ritz was the equivalent of going to the ball (minus the part about Prince Charming) because it changed my life dramatically.” Tina stayed up till dawn with Bowie, Keith Richards, and Ron Wood, jamming on Motown oldies at the piano and draining the hotel’s Jack Daniels supply. In the morning, she got in a cab and sadly “headed back to reality.” She didn’t know it yet, but from now on, this was her reality. The Ritz gig led straight to Private Dancer, and after that she’d never be unfamous again. Rolling Stone waved the flag for her early on, with a four-star review from one of the magazine’s top critics, Debbie Miller. It has to be one of the most career-altering Rolling Stone raves ever; it essentially made her whole comeback legend.

Kriti Sanon Had Goosebumps When She Read the Story of Panipat