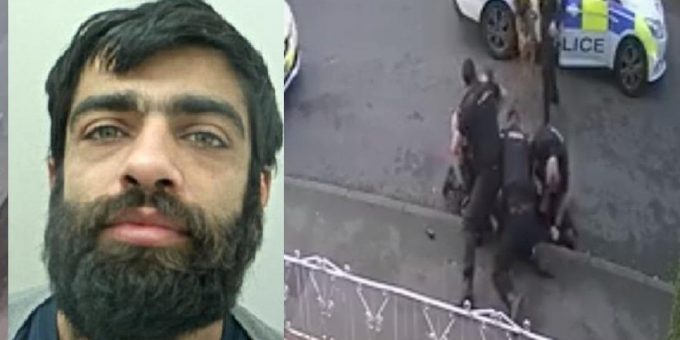 A police officer charged with assaulting a car thief will face no further action after prosecutors ruled he used “reasonable, proportionate and necessary force”.

Footage of the arrest of Adeel Ashraf which was shared on social media showed him being restrained by a number of officers at the scene in Accrington, on January 8 last year.

An investigation from the Independent Office for Police Conduct (IOPC) followed which resulted in Pc Saul Hignett, 27, being charged last August with assault by beating of Mr Ashraf.

In March 2020, Ashraf, 35, was jailed for 16 months after he pleaded guilty to dangerous driving, aggravated vehicle-taking and driving without a licence and insurance.

The officer was due to face trial in May but the case has now been discontinued.

A Crown Prosecution Service (CPS) spokeswoman said: “Following a further review of the case, the CPS has concluded that there is no longer a realistic prospect of conviction and has stopped the prosecution of Pc Saul Hignett for assault of a man during the course of an arrest in January 2020.

“The CPS has a duty to keep all cases under continuous review. After receiving a report from the defence by an expert in the use of force, the CPS instructed its own independent expert, who agreed with the defence expert and concluded after taking into account all the evidence, including footage of the incident, that the officer was using force that was reasonable, proportionate and necessary.

“In those circumstances there is not a realistic prospect of conviction and we cannot proceed with the case. We have written to the complainant explaining the reasons for the decision.

“The CPS’s function is not to decide whether a person is guilty of a criminal offence, but to make fair, independent and objective assessments about whether it is appropriate to bring a case before the court.”

An IOPC spokesman said: “The CPS’s decision to discontinue the case means Pc Hignett will not face criminal proceedings in relation to this incident. A decision on disciplinary proceedings is still pending.”

Veteran Actress Ismat Zaidi Opened Up About Her Divorce