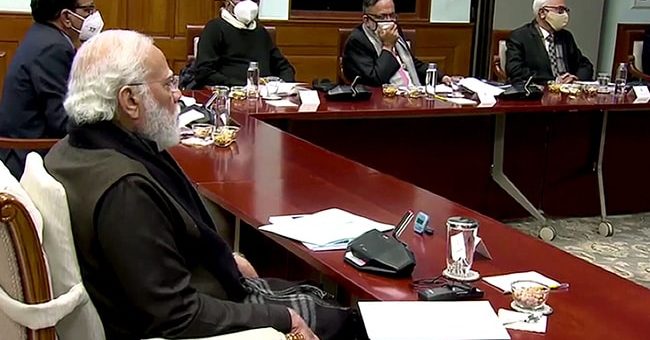 During the meeting, PM Modi said that the fight against the pandemic is not over

Prime Minister Narendra Modi today directed officials to remain alert and vigilant at all levels as Covid cases rise in several parts of the country. The meeting came as the number of Omicron cases in India hover around 300.

During the meeting, PM Modi said that the fight against the pandemic is not over and that India should remain ‘Satark’ (alert) and ‘Saavdhaan’ (Vigilant’).

“In view of the new variant, we should be Satark and Saavdhan. The fight against the pandemic is not over and the need for continued adherence to COVID safe behaviour is of paramount importance even today,” the PM told officials during the meeting.

PM Modi also directed the Centre to work in tandem with the states and support their measures of containment and management. He told the officials that the strategy of collaborative and cooperative fight against the pandemic should guide all their future actions.

PM Modi stressed on the need for health systems at the district level capable of meeting any challenge posed by the new variant.

There have been demands that the government allow booster doses of vaccines to be administered to those already fully inoculated against COVID-19, as has been done by many countries.