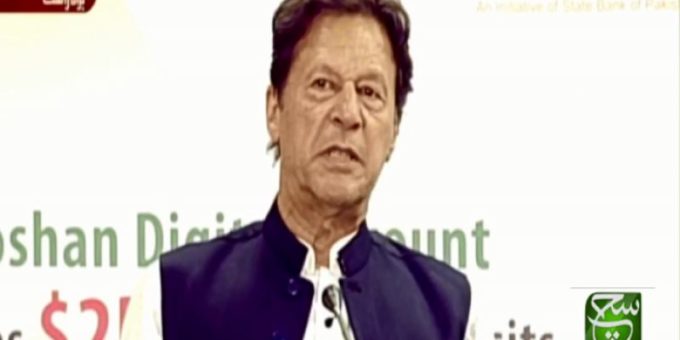 Under the scheme, non-resident Pakistanis can now purchase or obtain financing for a house in Pakistan through Roshan Digital Account, according to the State Bank of Pakistan (SBP).

“I think this [initiative] will help us attract a lot of money because Pakistan needs dollars and overseas Pakistanis are the only source to decrease the gap between the country’s exports and imports,” the premier said at the launching ceremony of the programme.

He noted that Pakistan faced problems of current account deficit because of the high volume of imports, saying he hoped the new scheme would help narrow the import-export gap.

The country will also witness sustainable growth by ensuring facilitation to overseas Pakistanis in the housing sector under the project. “Pakistanis based abroad need to be given confidence so they invest back home without any fear of fraud,” he said.

Prime Minister Imran highlighted that one of the major hurdles to investment from overseas Pakistanis was corruption in the country, saying “a segment of people habitual of working in a corruption-free society will not prefer to work in corrupt societies.”

He recalled that he had met several Pakistanis based overseas who wanted to invest in the country but were forced not to. “A lot of [overseas] people informed me about a plot they purchased in Pakistan which later got occupied illegally,” he said.

He noted that there was a huge racket of land grabbers against whom the government was waging “jihad”.

Detailing what sets Roshan Apna Ghar apart, the premier said banks were involved in the scheme which will add to the confidence of overseas Pakistanis.

He added that his government had made improvements in ease of doing business.

Earlier while addressing the ceremony, Finance Minister Shaukat Tarin said the scheme would help retain money coming through Roshan Digital Account. He said a huge investment was expected in the real estate sector under the initiative.

“Time For Assam Congress To Be Independent Of Mahajot”: Gaurav Gogoi