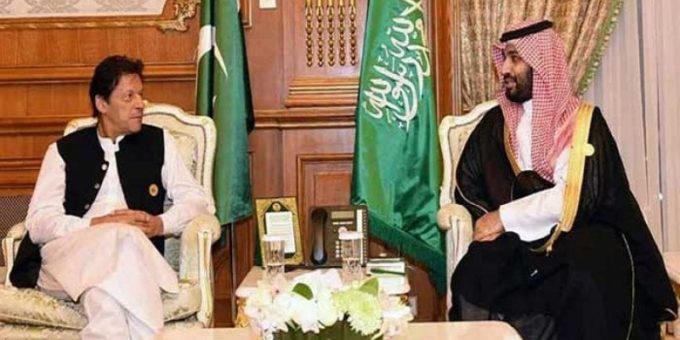 Prime Minister Imran Khan and Saudi Crown Prince Mohammed bin Salman in a telephonic conversation on Sunday agreed that the international community must “step up its engagement” with Afghanistan to avert any humanitarian and refugee crisis, a statement from the Prime Minister Office said.

According to the statement: “Both the leaders agreed on the importance of an inclusive political settlement in Afghanistan.”

It said that the two leaders had a “detailed discussion on the latest situation in Afghanistan”.

The prime minister, during the conversation with the Saudi crown prince — who is also deputy prime minister and defence minister — stressed that the international community “had the responsibility to stand by the Afghan people and support them economically as well as to help rebuild the country,” read the statement.

The prime minister underscored that a peaceful and stable Afghanistan is vital for not only Pakistan but for regional stability.

The premier emphasised the need to address the urgent humanitarian needs of Afghans and take steps to ensure economic stability of Afghanistan, the statement added.

Among other things discussed was the Middle East Green Initiative (MGI), scheduled in Riyadh in October this year.

According to the PM Office statement, recalling the two historic initiatives recently announced by the crown prince to tackle the adverse impacts of climate change and environmental degradation, the prime minister thanked him for an invitation to participate in the launch ceremony of the initiative.

He conveyed warm wishes for the Custodian of the Two Holy Mosques, King Salman bin Abdulaziz, it added.

The premier and the Saudi crown prince “agreed to work together to further augment and diversify bilateral ties in all spheres”, the PM Office further said.

With Pak Help, “Lightweight Leader” May Be Picked As Afghan PM: Sources