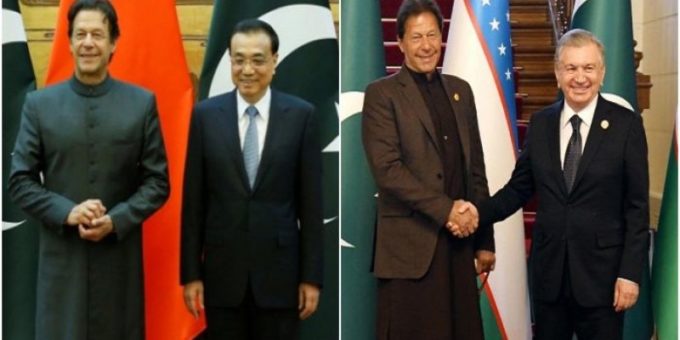 The prime minister is in Beijing on a four-day visit, where he met the Chinse leadership, local businessmen, and also attended the Winter Olympics 2022 opening ceremony to show solidarity with the brotherly nation amid the West’s boycott.

Minister for Information and Broadcasting Fawad Chaudhry said that Kashmir and Afghanistan were the centerpiece of PM Imran Khan’s meetings with both the leaders.

“Prime Minister Imran Khan’s meeting with Chinese prime minister Li has ended. It was followed by a meeting with Uzbek President Shavkat. Kashmir and Afghanistan were the main topics of discussion in both the meetings,” he tweeted.

China, as a political, economic and strategic partner of Pakistan, has always played a “critical role”, the minister added.

In a separate statement, the Prime Minister’s Office said the PM, in his meeting with the Uzbek President, exchanged views in detail on the entire gamut of bilateral relations based on shared bonds of faith, history, and culture.