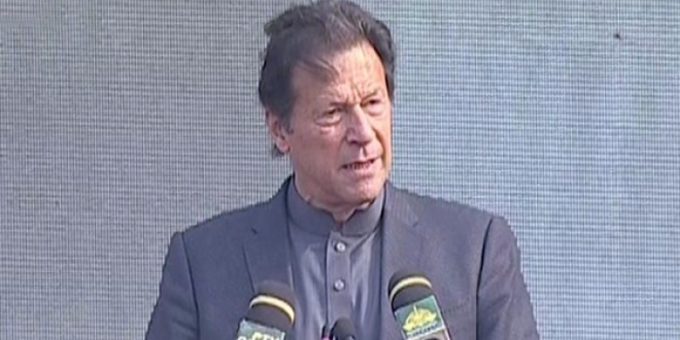 Prime Minister Imran Khan has launched the Naya Pakistan Sehat Card for all citizens, stating that each family would be eligible for medical treatment up to one million rupees per year under the universal health coverage programme.

The premier stated that not everyone can take such revolutionary decisions as the PTI did, citing the example of the health card as one.

“Today, every family in Punjab will be eligible for a health card,” he said, adding that a welfare state is one where all citizens have equal opportunity for growth and prosperity.

He said it was in the State of Madina that for the first time in history, the state accepted responsibility for society’s underprivileged segment.

The PM stated that while the welfare state model can be seen in contemporary Europe, it is not seen in Muslim countries.

In a dig at the PML-N’s mantra of transforming Pakistan into an Asian Tiger, the premier stated, “Asian Tiger is nothing in comparison to the State of Madinah; we are attempting to put Pakistan on a path of prosperity.”

He stated that now that the government will not spend money on building hospitals because private individuals will build them instead.

“We want to ensure that everyone in rural areas has access to health care, and by March 2022, all families in Punjab will have health cards.”

During his day-long visit to the provincial capital, the prime minister will also chair different meetings on administrative and political affairs, law and order, and development projects.

Congress A Problem For Country, Root Of Corruption: Yogi Adityanath