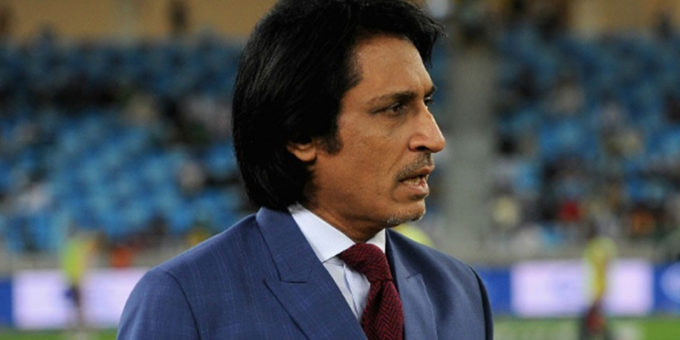 Ramiz Raja is likely to replace Mani as PCB chairman

A formal notification has been issued by the federal government nominating the former Pakistan captain Ramiz Raja and Asad Ali for the Pakistan Cricket Board (PCB) Board of Governors (BoG).

The notification was issued by the Ministry of
Inter-Provincial Coordination (IPC) under the direction of the Prime Minister
of Pakistan and the Patron-in-Chief of the PCB Imran Khan.

“In exercise of the power conferred in Paragraph 12 (1) (b) of the constitution of the Pakistan Cricket Board, 2019, the prime minister in the capacity as patron-in-chief pleased to nominate Ramiz Raja and Asad Ali as members of BoGs of the board with immediate effect,” read the notification.

Earlier, Ehsan Mani stepped down from the PCB Chairman post
after completing his three-year term. He was granted an extension to continue
as PCB chief, however, he refused to accept the offer.

Sources privy to the development said that former Pakistan
captain Ramiz Raja is leading the race for the vacant post.

Historically, the patron’s nominees end up becoming the PCB
chairman, and this time it seems that Raja, who was part of the 1992 World Cup-winning
team under Imran’s captaincy, will continue the trend.

Swara Bhasker speaks up on allegations of abusing a four-year-old; says video was out of context : Bollywood News
2019-11-12