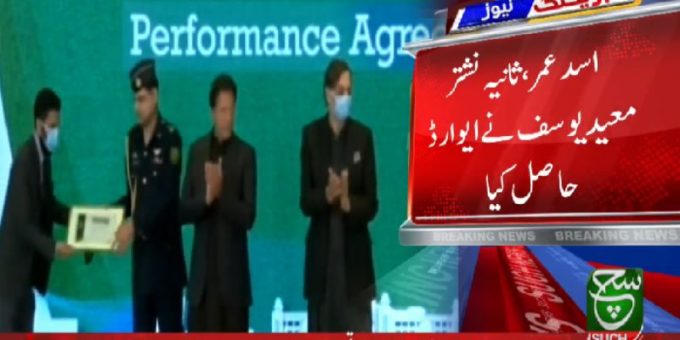 While addressing the ceremony in Islamabad, the premier said that distribution of appreciation certificates among the ministers will further motivate them and other ministers.

PM announced that the ministers who keep on working better will be given benefits, adding that if there is no encouragement, there is no interest in work.

He further congratulated Federal Minister of Communication and Postal Services Murad Saeed and appreciated him for becoming the best working minister.

Amid Monkeypox Worry, What Adar Poonawalla Said On Making Vaccine
2022-07-26