Breaking News
2022-05-24 “Greatest Strength Of This Team…”: Ravichandran Ashwin On Rajasthan Royals’ IPL 2022 Season 2022-05-24 ‘Aishwarya a phenomenon in Cannes, had to create magic for her 20th year at festival’: Gaurav Gupta 2022-05-24 Kalki Koechlin Just Made Tuesday Morning Better With Yummy Breakfast – See Pics 2022-05-24 tourette: Billie Eilish talks about living with Tourette Syndrome; know all about this condition 2022-05-24 This is not a pro-Rajapaksa Government: Bandula 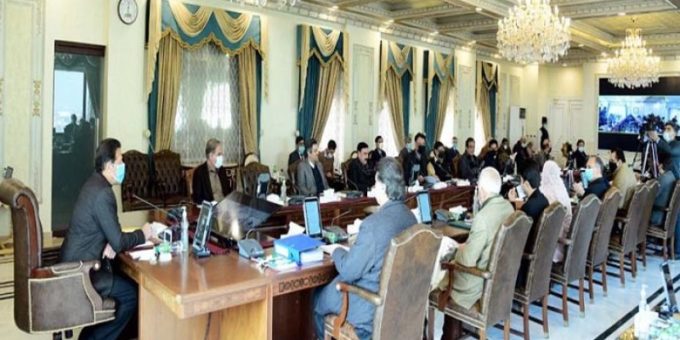 Prime Minister Imran Khan has directed to finalize the master plans of all big cities on priority basis to ensure restoration of green areas in the cities and discourage land encroachments.

This was announce by Minister for Information and Broadcasting Chaudhary Fawad Hussain along with Minister for Energy Hammad Azhar while briefing media about the decisions taken by the Federal Cabinet, which met in the Federal Capital today with Prime Minister Imran Khan in the chair.

Chaudhary Fawad Hussain said the cabinet was briefed on the production and availability of Urea in the country. It was informed that the demand of Urea was increased due to increase in the cultivation of Wheat and overall increase in prices of Urea around the globe. It was apprised that Urea prices are six times higher than Pakistan.

The meeting was also briefed on the electricity transmission system. It was informed that first time in the history circular debt will witness decline from this year.

The Minister said federal cabinet also recommended that Senate and National Assembly should constitute standing committees while keeping in view the element of conflict of interest.

About Omicron situation, the Minister was briefed that daily cases of the virus have reached to five thousand per day while 30 percent increase of patients in ICU was recorded. Till date vaccination worth two billion dollars has been imported.

Speaking on the occasion, Minister for Energy Hammad Azhar said major reason of gas shortage in Sindh is the stay order taken by local industrialists from Sindh High Court.

He expressed the hope that soon the stay will be vacated and around 100mm (standard cubic foot) will be added in the system for household consumers.

Regarding legislation on State Bank of Pakistan, the Minister said our legislation is aimed at ensuring independency of the central bank.

The Minister said independency of the State Bank will not only decrease inflation but also strengthen country’s economy through sustainable growth rate.

5 Points On Aparna Yadav, BJP’s Latest Recruit In UP

Horse Girl Review: This Netflix Film is a Disturbing Depiction Of Descent Into Dementia
2020-02-18