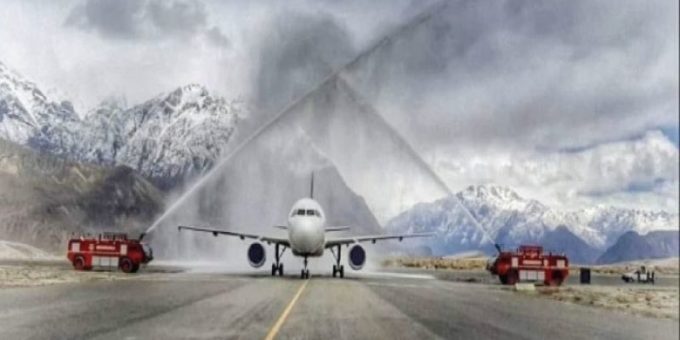 The first-ever-direct flight of Pakistan International Airlines (PIA) from Karachi has landed at the Skardu airport, reported on Monday.

The flight operation has been initiated on the special directives of Prime Minister (PM) Imran Khan in a move to uplift tourism in the country.

The Airbus-320 with 178 passengers and eight cabin crews on board reached Skardu from Karachi.

Last week, the flight was cancelled due to inclement weather.

Talking to the media, the CEO had said that after launching direct flights from Lahore to Skardu, the national flag carrier planning to launch Lahore-Gilgit flights as well.

The national carrier earlier this year had commenced direct flights from Lahore to the northern areas.

On March 26, Swat’s Saidu Sharif airport had welcomed the first flight, after a hiatus of 17 years.