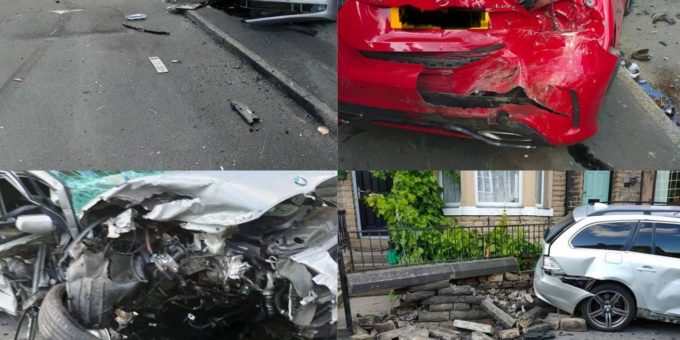 PHOTOS have emerged showing the extent of damage caused by a multi-vehicle crash in Bradford.

The incident occurred at approximately 5.30pm yesterday when a black BMW, containing three children, collided with two parked cars on Lister Avenue near to the junction of Bowling Hall Road in East Bowling.

The driver, 31, sustained life changing injuries and remains in a serious condition in hospital.

The children were also taken to hospital, but their injuries are not believed to be life threatening.

A silver BMW seemed to have suffered the most damage.

To add to this, a red Mercedes was written off.

Mahira Khan Dazzles As A Traditional Bride In Red

This high-protein food can increase your risk of prostate cancer by 70 per cent: study
2021-11-13