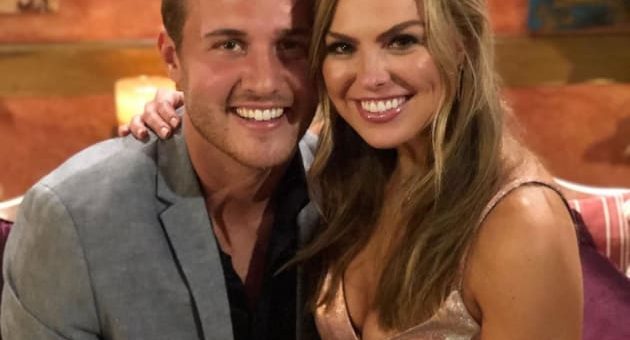 Obviously, the big story of the day in Bachelor Nation is Colton Underwood’s decision to come out as gay.


We applaud him for his courage, especially since he inadvertently overshadowed the latest nonsense surrounding the man who gets our vote for The Worst Bachelor of All-Time.


You might feel that Juan Pablo Galavais is more deserving of the title, but it’s important to remember that Peter stomped all over the lives of pretty much every finalist in his season.


First, he proposed to Hannah Ann Sluss, even though it seems he was never actually in love with her.


When he finally lost interest in Madison, Peter dated Kelley Flanagan until — you guessed it — he lost interest and called it off.


No Bachelor in history has ever dated so many of his contestants after filming ended, and fans remain curious about Weber’s inability to settle down.


The most popular theory is that Peter is a lifelong mama’s boy, and in his eyes, no woman can compete with Barbara Weber.


Perhaps all of this time, Peter was secretly in love with Hannah Brown.


Yes, as you may recall, Pilot Pete was first introduced to Bachelor Nation as a contestant on Hannah’s season.


He made a name for himself by banging Ms. Brown four times in a windmill.


She later returned to make a cameo on his season of The Bachelor — and it seems Peter very nearly pulled a Clare Crawley and ditched the show in order  to wife up Hannah.


In a new interview with Us Weekly, Peter says he was as shocked as anyone when Hannah showed up on set.


But unlike the ladies in his contestant pool — Pete was surprised in a good way.


“At first I was like, ‘There’s no way that’s Hannah, like, there’s no way.’ [I thought] it was a look-alike. I thought it was just this gorgeous girl. and then I realized her smile,” he said.


Peter eventually decided not to rock the boat by inviting Hannah to stay in the mansion and compete with the other girls, but he says there was a time when he was planning to shock everyone by proposing to Hannah.


“I was an idiot, producers probably hated me, but I literally, like, I think they edited this part out, I was like, ‘I’m gonna leave the show, like, if you want to, if you want to give this a shot, I’ll leave right now,’” Peter said.


Sadly, Peter’s confusion would continue for the rest of the season — also, to this day.


Why didn’t they do the same for Clare? Does this confirm the rumor that they simply didn’t like her and wanted a new Bachelorette?


Does it really mean that they liked her even less than they liked Peter?!


Now, we kinda feel bad for reporting this — no one’s self-esteem could survive such a blow.