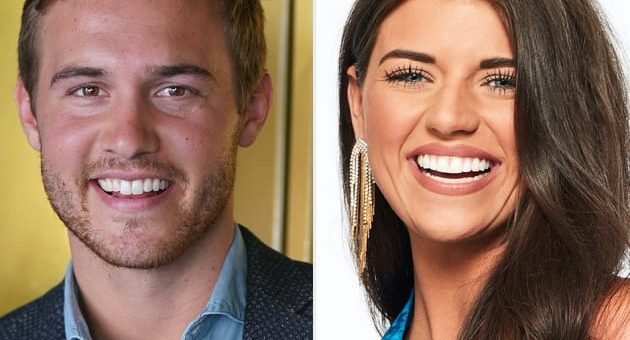 Peter Weber and Madison Prewett will not make it down the aisle.


Heck, Peter Weber and Madison Prewett will not even make it to their one-week anniversary.


The couple, who got together just two days ago on The Bachelor Seasn 24 finale, have ended their relationship, Weber confirmed in a statement last night.


“I want to start by acknowledging the incredible group of women that I had the privilege of getting to know this season,” Weber wrote to open his Instagram post, continuing as follows:


“Thank you for coming on this journey with me. I learned so many lessons from all of you that I will carry with me.”


Weber diid not address the rumor that he dumped Prewett for fellow suitor Kelley Flanagan, choosing instead to shower his very short-term girlfriend with praise and adulation.


He did so via a direct address.


“Madi, thank you for your patience and unconditional love,” the pilot wrote.


“You’re the epitome of a woman who carries herself with grace, stands by what she believes in, and loves wholeheartedly.


“That love is something I feel so grateful to have felt and will take a piece of that with me always going forward.”


Peter and Madison went on quite a journey this past season.


They seemed like a solid and compatible match… until Prewett told Weber during Fantasy Suite Week that she was a virgin who was saving herself for marriage.


She explained to Peter that she’d have a major problem if he slept with other women on the show, prompting Weber to admit that he had, indeed, been intimate with some other contestants.


But Peter convinced her to stick around the show anyway, at least for a little while.


On the first half of a two-part finale, Madison was basically told by Peter’s mom that she wasn’t the right woman for him.


She then left the program on her own accord, only to return on part two after Chris Harrison visited her at home and said Weber had ended his engagement to Hannah Ann Sluss, to whom he proposed after Madison peaced out.


THEN, on the aforementiooned After the Final Rose special, Peter and Madison agreed to date.


That was on Tuesday night.


Fast forward about 48 hours — and here we are.


“Madi and I have mutually decided to not pursue our relationship any further,” Peter continued in his break-up message.


“Believe me this was not easy for either of us to be ok with, but after a lot of honest conversations, we have agreed that this is what makes most sense for the two of us.


“The love and respect I have for Madi will continue to endure.”


As for Sluss, who has trashed Peter multiple times this week?


“Hannah Ann, you set an example for women everywhere a couple nights ago,” Weber wrote.


“You are such a strong, confident woman and you deserve all the love in the world.


“I accept full responsibility for my mistakes in our relationship and wish you only the best.”


This has been an emotional experience and I am so grateful for the outreach of support that I have received from friends, family, and Bachelor Nation in the last few days.


Thank you to all of you!


This is just another chapter in my story. One I will never forget and one I will always cherish.


Prewett, meanwhile, also had kind words for Weber in her Instagram announcement.


“So incredibly thankful for this amazing journey I’ve had the honor of being a part of,” she wrote.


“I have grown so much and am stronger than I was going in. I have learned the importance of acceptance, forgiveness, and grace.”


She then acknowledged the two were no longer at item, but with no hard feelings of any kind involved.


“As Peter and I have decided to go our separate ways, I am confident that we will both move in the direction of our purpose and never forget that God has a plan in all things.


“I will always love and respect him. I am convinced our paths were meant to cross and we are both better because they did.”


@pilot_pete you are an amazing guy and I’m thankful for you. I will always be your biggest fan. And to the amazing women I met this season, I will love you for life.


Thank you @abcnetwork for allowing me to embark on this journey.


Wow, so there you have it, Bachelor Nation.


Is it possible for something to be both shocking and totally expected at the same time?


On Tuesday’s live finale, Prewett joined Weber on stage and defended herself when his mother, Barbara, voiced her disapproval of the relationship.


“I think this isn’t just Peter’s journey,” she said.


“When you sign up to come on a show like this, you’re looking for love, too. This wasn’t just Peter looking for his wife. I totally understand as a mother you’re going to be thinking about Peter, but this is my journey, too.”


‘This isn’t just Peter choosing me. This is me choosing Peter.”


When Barbara said that her son was “going to have to fail to succeed,” Weber fired back:


“I’m telling you that I love Madison and that should be enough.”


And, alas, Barbara ended up being right. That’s the hardest part of all this.

Coronavirus Outbreak: Films That Have Postponed its Release

Essential but forgotten? Youth who toil in grocery stores, cafés and restaurants feel the strain
2021-04-02