Penny stocks can deliver a strong profit even with a small price move.

As there are several instances where penny stocks have gone up 1,000% in just a matter of months, investors often get lured by the big gains.

Make no mistake, because of their low price, these stocks can deliver a strong profit even with a small price move.

And the ability to buy a significant number of shares with a smaller investment holds some appeal among retail individuals.

Over the past few months, we’ve covered the penny stocks that should be on your watchlist. These stocks have a decent balance sheet, low or zero debt and a track record for paying dividend.

But what about the ones to avoid?

In this article, we look at penny stocks you should avoid at any cost.

The first penny stock to avoid on our list is a 2/3 wheeler company Scooters India.

Scooters India is principally engaged in the business of manufacturing and sale of motor vehicles and spare-parts.

So why does this company form part of the list of penny stocks to avoid? One look at the company’s financial statements and you’ll know why. 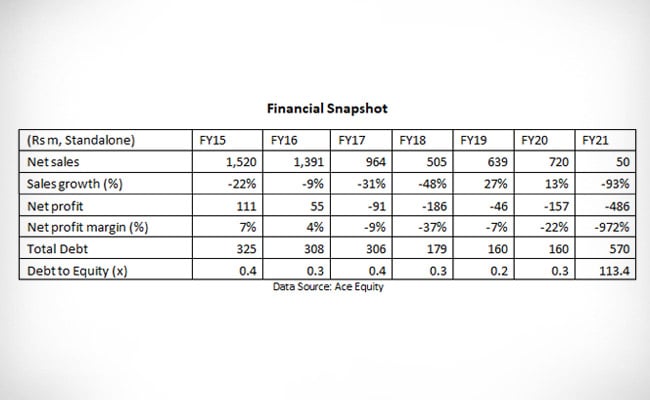 Just when the company’s turnover was picking pace, the pandemic took a toll on its financial health.

While fiscal 2021 was the worst in terms of financial performance for Scooters India, the company had nothing much to show even when we see its historical financial statements.

Sales have consistently declined over the years while it has nothing to show on the profitability front. Between fiscal 2007 and fiscal 2021, the company has only reported a cash profit three times (2014, 2015, 2016).

For fiscal 2022 too, the company is set to post losses as it has already reported consecutive losses for the past three quarters.

Though the company has done well on the leverage front, its current debt to equity ratio of a whopping 113 surely is a no brainer on why this stock should be avoided.

The company is saddled with high debt, has reported negative free cash flow, and negative ROE.

No wonder the company’s stock is still trading near the same level it was trading 3 years ago. 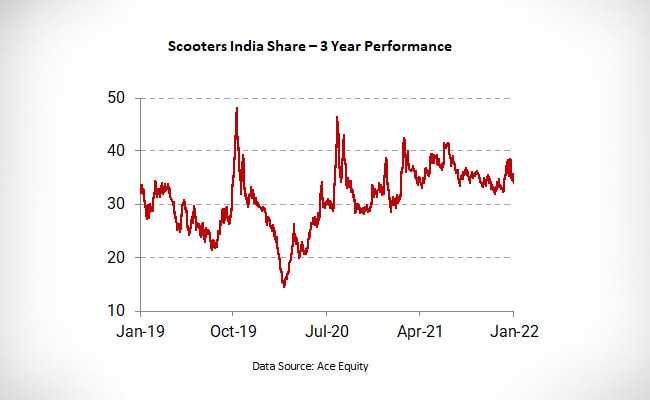 Scooters India also has no history of paying at least one dividend.

What makes our case more interesting is the data we found on shareholding pattern. It’s considered that low free float shares often tend to move up as there’s limited availability of shares.

Scooters India’s shareholding pattern shows that almost 94% shares are held by the company promoters, leaving little for investors. But as there’s no interest among retail investors, and even though the company has low free float, shares have remained in a tight range.

Next on our list, we have a realty company – Peninsula Land.

Peninsula Land is an integrated real estate company. It is a part of the Ashok Primal Group and is engaged in developing retail ventures, commercial
projects and residential complexes.

Have a look at the table below and you’ll understand why we’re saying to avoid this stock. 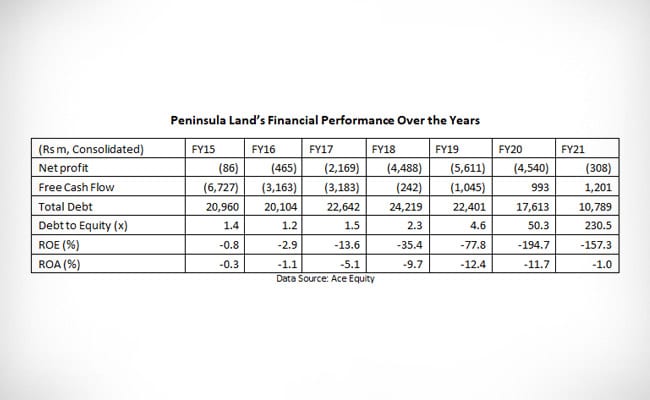 Although the company has a decent sales track record (decent but not great), profitability has remained an issue and that too for the past seven years.

The company has been reporting a net loss at a consolidated level over the last several quarters.

And as you would have expected, the company also has no track record of paying dividends for the past five years.

Negative free cash flows, negative ROE and ROA – the company is faring no good on any of these metrics.

Meanwhile, Peninsula Land is also saddled with heavy debt. Its current debt to equity ratio is at a whopping 230!

On a consolidated basis, the company’s debt level was at Rs 2,310 crore as on July 2019, including project-level debt, and since then the company has managed to reduce the same.

Just a month ago, the company defaulted on a payment of loans and interest totaling Rs 772.4 m. And this is not the first instance. Peninsula Land had defaulted on its debt obligation earlier in 2020.

Despite all this, Peninsula Land’s stock has fared well over a 1-year and 3-year period. 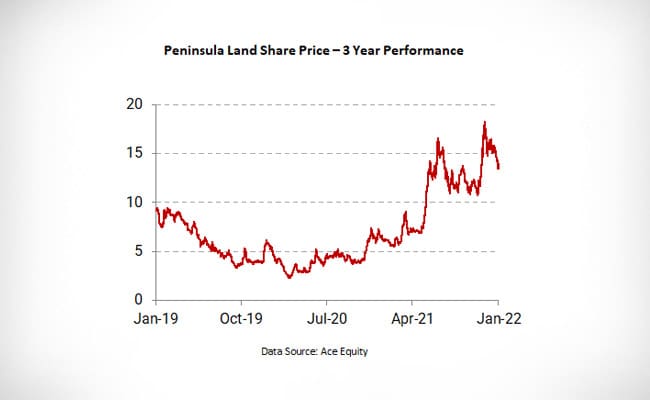 It’s a key supplier to Tata Motors with almost 80% of its revenues comes from the Tata group company.

Ever since Autoline Industries reported its first consolidated yearly loss in March 2014, it has never recovered and has posted consecutive losses.

Sales too, have declined over the past three years. 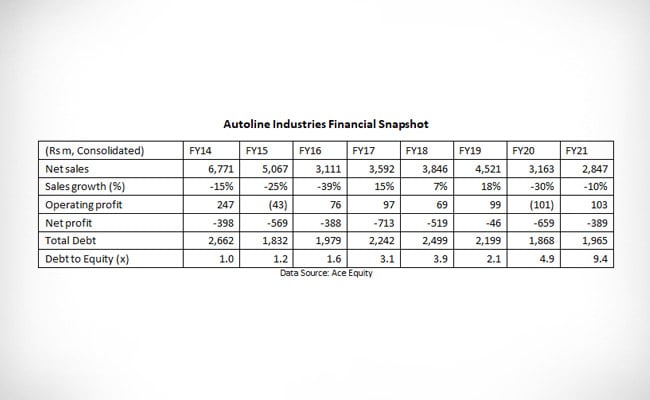 Post fiscal 2013, the company has not rewarded shareholders by declaring dividend.

Moreover, there are ongoing delays in debt servicing with one of company’s lender due to the stressed liquidity position. The current debt to equity ratio stands at 9.4, which is much higher compared to previous years.

Now here’s where it gets interesting. Ace investor Rakesh Jhunjhunwala holds a 2.5% stake in the company as of December 2021. Meanwhile, his wife Rekha Jhunjhunwala also holds a 1.8% stake.

Over the year gone by, shares of Autoline Industries have gained 120%, despite issues on the leverage and profitability front. Could it be just because Rakesh Jhunjhunwala is an investor in the company? Maybe. 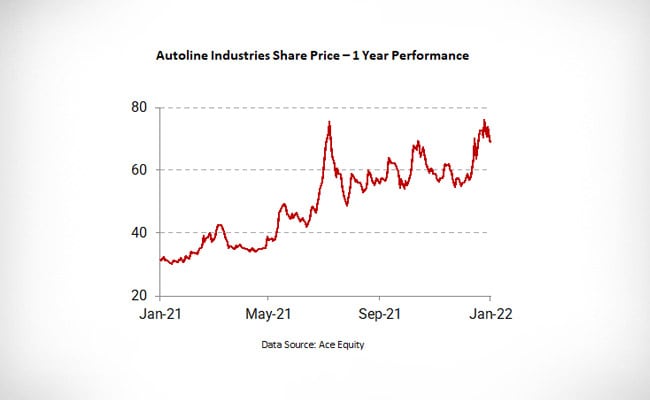 McNally Bharat is one of the established engineering companies in India, which was incorporated in July 1961 under the name of McNally Bird Engg. Co. Ltd as a joint venture between McNally Pittsburg, USA and Bird & Co.

The company, headquartered at Kolkata, is engaged in providing turnkey solutions in the areas of Power, Steel, Alumina, Material Handling, Mineral Beneficiation, Coal washing, Ash handling and more. It also has many subsidiaries and associates, both in India and abroad.

Even though McNally is an established player in its industry, why do we suggest you avoid this stock? For many reasons…

To start with, the company’s revenues have fallen quite significantly over the past five years. And because of this, McNally is reporting heavy losses.

The company’s track record of posting consecutive losses started in March 2013 and since then, the figures have only gone up.

It has taken on more debt which has upped its debt to equity ratio.

With no dividend history for past 8 years, heavy debt, consistent track record of declining sales and negative profitability, McNally Bharat is definitely a stock to avoid. 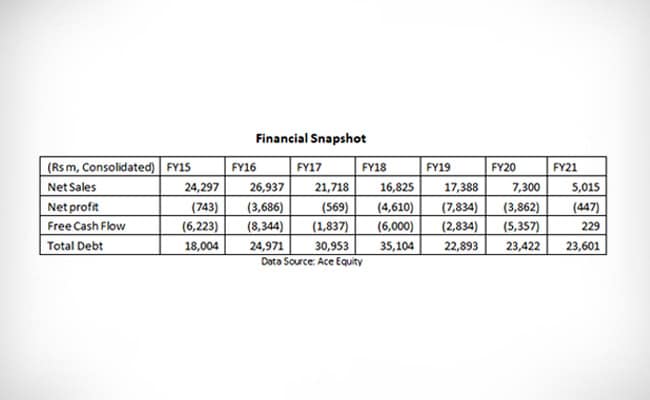 The company is expecting debt restructuring plans to be cleared by this fiscal. The management has said it is strategising to restructure overall debt by seeking cooperation from financially sound investors and business houses.

Going forward, the company is pursuing JVs in Europe and the Middle East for aggressively executing projects in the areas of smart cities, social sector buildings, renewable power, water management and infrastructure.

Which other penny stocks should you avoid?

Apart from the above, here are a couple more penny stocks which you should avoid. These companies have a track record of reporting consistent losses, declining sales and are saddled with heavy debt. Instead, watch out for companies which a decent track record of profitability and sales, have a debt to equity ratio of less than 1, and pay dividends.

Luckily for you, we’ve shortlisted the most attractive penny stocks, with the help of Equitymaster’s Stock Screener.

Check out the below screener which lists potentially the most promising penny stocks. 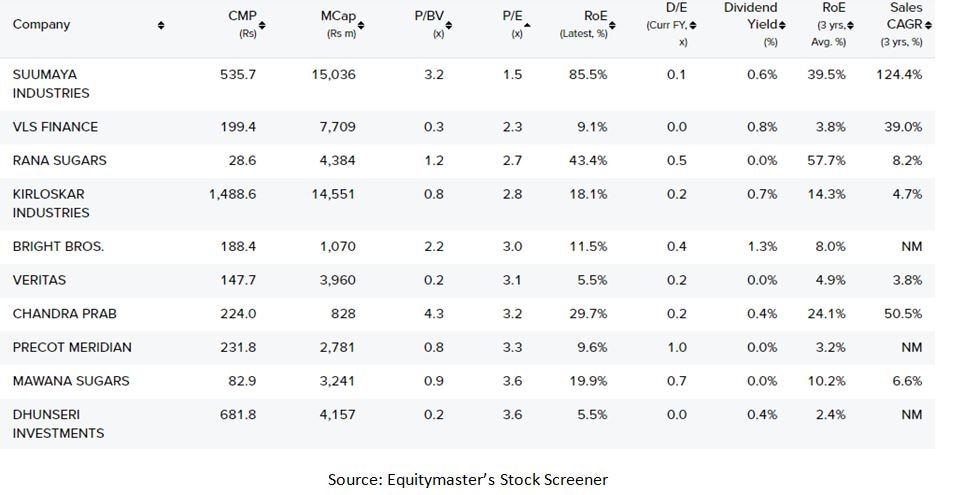 Please note these parameters can be changed according to your selection criteria.

We reached out to Rahul Shah, Co-head of Research at Equitymaster, and editor of Exponential Profits, for what he has to say on the penny stocks to avoid.

Here’s him in his own words…

Graham once mentioned that the chief losses to investors come from the purchase of low-quality securities at times of favorable business conditions.

A lot of poor quality penny stocks can have one or two years where they earn good profits.

Investors should not confuse this prosperity with safety and end up buying the stocks.

They should always stick with stocks that have at least a 5-year track record of stable or growing profits or both and also a strong balance sheet. Otherwise, the risk of losing money in the penny stock space is very high.

Before investing in a penny stock, one must check whether the company has a strong balance sheet. A healthy financial profile indicates good growth prospects.

Next, check for future growth opportunities. Favourable government policies or good order book status are some indicators you can look at.

Finally, check for feasibility of business. The more viable the business, the longer it will last.

Investing in penny stocks is no rocket science. However, it requires you to practice caution while doing so. Picking the right penny stocks will help boost your portfolio returns.

Worst Is Over For Economy, Over To Finance Minister Nirmala Sitharaman
2020-01-24

Move Over Cloud Kitchen; Instant Meals May Be The Latest Food Innovation
2022-02-05