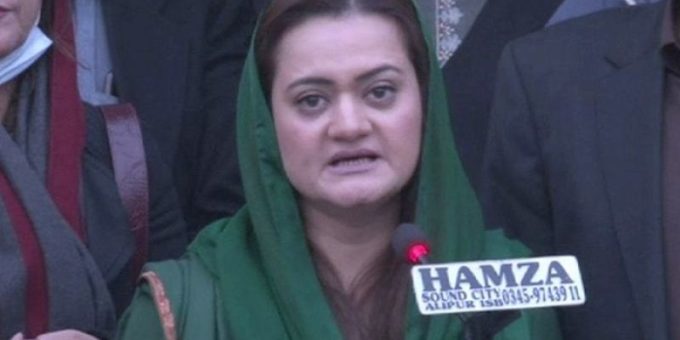 PML-N spokesperson Marriyum Aurangzeb said on Wednesday that the party, under the umbrella of the 10-party opposition alliance Pakistan Democratic Movement (PDM), would take out rallies from different areas of Rawalpindi and Islamabad on Jan 19 that would merge into one big rally before heading towards the office of the Election Commission of Pakistan (ECP) in the capital.

Addressing a press conference in Islamabad along with other party leaders, she said the rally was being organised to “get a decision from the ECP that it is not giving since 2014”. She was referring to a foreign funding case against the PTI, which was filed in Nov 2014 by Akbar S. Babar, a founding member of the ruling party.

“The protest that the PDM is going to do on Jan 19 [is being done] to take the decision that has already been made today when the PTI has accepted that illegal funding has come through 23 foreign-funded accounts, [that] illegal funding could have been done through agents. [The PTI] accepted that money was gotten illegally through 23 foreign funded accounts that were not declared accounts and that money was [deposited] in PTI accounts [through cheques].

“Signs of President [Dr Arif Alvi], Sindh Governor [Imran Ismail] and Imran Khan sahib himself [along with] other PTI leaders are present on those cheques,” she claimed.

In an apparent departure from its stance of denying any illegal funding from the United States, the PTI had on Wednesday, come up with an explanation that if any funds were collected illegally through two US companies registered after Imran Khan’s written instructions, the responsibility lies with their agents managing the two limited liability companies.

The PTI said in its reply submitted to the Election Commission that “any contribution that has been collected by the agent which may be questionable would be beyond the scope of the work/responsibility/instructions given by the principal (respondent)”.

The party adopted the latest stance in a written reply to a questionnaire given to it by the scrutiny committee of the ECP, sources said.

The ECP committee met to continue scrutiny of PTI accounts under fresh directives to expedite the process, which has been going on since March 2018.

In the presser today, Aurangzeb said that the PTI has “accepted the decision that ECP is not giving since 2014” and the PDM workers would go to the commission’s office on Jan 19 to take that decision from it.

“The case was registered in 2014. What reason does the ECP have [to delay a verdict] when the PTI has accepted that agents did illegal funding? They should be ready to write the judgement,” she further said.

The PML-N spokesperson said that all routes of the rally had been decided and all preparations had been completed.

“PML-N Vice President Maryam Nawaz will preside over the rally and all PDM leaders will be there.”