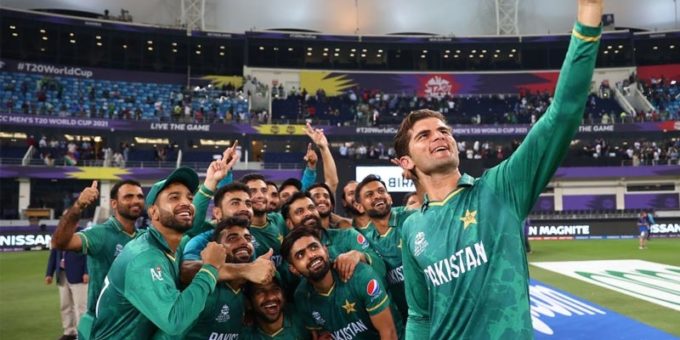 Pakistan Cricket Board Chairman Rameez Raja has
planned to hold a ceremony in honor of the Pakistan T20 World Cup squad on
Friday.

The Babar
Azam-led unit were eliminated in the semifinal by Australia, after dominating
show in round game, where they defeated arch-rivals India by 10 wickets.

According
to sources, the PCB chairman has invited the entire squad in Lahore tomorrow (Friday),
where he will commend the players for the performance of the team in the mega
event.

The former
Pakistan captain is also expected to give cash prizes to the players at the
ceremony.

The
Men-in-Green won five consecutive game to book their place in the semifinal.

On Buzz Over Possible Presidentship, A ‘Surprised’ Nitish Kumar Says This
2022-02-23