New Delhi: India’s digital payments giant Paytm has received a bullish rating from a major broker after a dismal listing and a spate of bearish views since then.

Morgan Stanley has started coverage on the digital payments startup with an overweight rating and a price target of Rs 1,875, which implies 43% upside from Tuesday’s close. It sees attractive risk to reward after the stock dropped to a record low earlier this week, and values the firm at $17 billion.

Paytm’s “profitability should improve sharply as financial services scales up” with the company breaking even at operating profit level in fiscal year 2025,” analysts including Sumeet Kariwala wrote in a note on Tuesday. 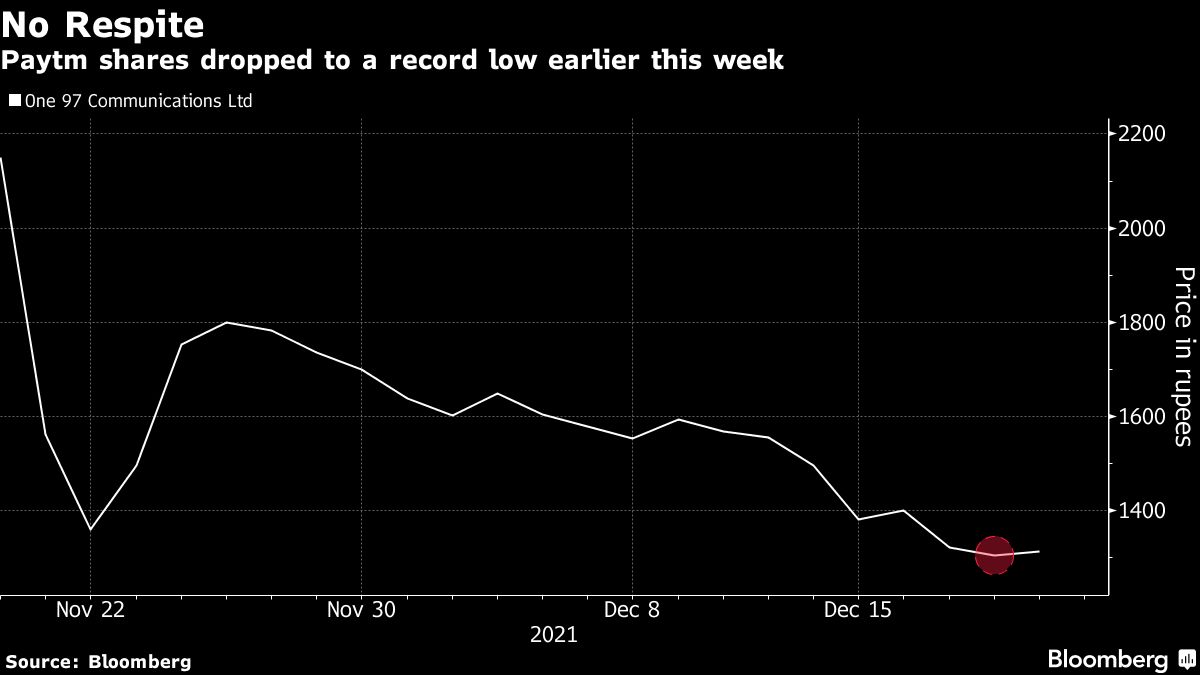 The U.S. bank’s view is in contrast with its peers such as Macquarie Group Ltd. and Goldman Sachs, which have underperform and neutral ratings, respectively, on the stock. Among India-based brokers, Dolat Capital Market Pvt., earlier this month rated Paytm a buy and set a price target of Rs 2,500. Both Morgan Stanley and Goldman were among bankers for the stock’s issue.

One 97 Communications Ltd., Paytm’s parent company, raised $2.5 billion in its IPO but a 27% plunge in its November 18 debut made it one of the worst initial showings by a major technology firm since the dot-com bubble era of the late 1990s. The stock is now down nearly 39% from its issue price of Rs 2,150.