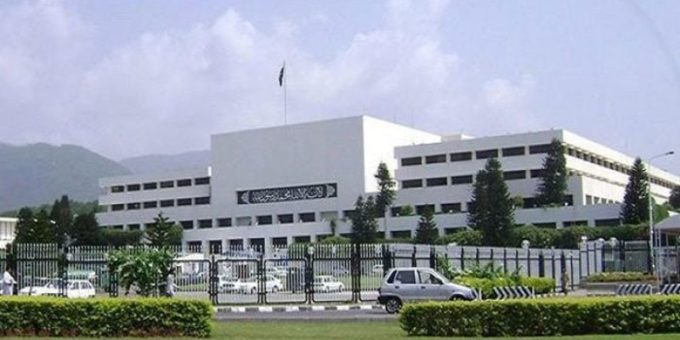 The participants were briefed about regional and political challenges, especially the situation in Indian Occupied Jammu and Kashmir, and Afghanistan, the statement said.

The committee was informed that Pakistan desires a peoples’ representative government in Afghanistan and Islamabad would continue all-out support for peace and stability in Kabul.

Pakistan played a responsible and positive role for peace in Afghanistan, the committee was told.

It was further apprised that Pakistan believes that peace in Afghanistan would pave for regional peace and development.

The participants of the meeting were informed that Pakistan is making every effort to ensure that the current situation does not give rise to another humanitarian and economic crisis which would add to the plight of the people.

In this regard, Pakistan is in constant touch with the international community. “It was also hoped that the territory of Afghanistan would not be used against Pakistan.”

The meeting was also apprised about the border control system on the Pakistan-Afghanistan border.

The statement mentioned that parliamentary and political leaders expressed satisfaction with Pakistan’s strategy to tackle internal and external challenges and expressed good wishes for the prosperity, development, and progress of Afghanistan.

“They also said that such meetings paved way for harmony and unanimity of views on national issues,” the statement said.

At the end of the briefing, a question and answer session was held in which the members of the committee presented their recommendations, the statement said.

Chief ministers of all the four provinces attended the meeting.

Over 3.63 Crore Covid Cases Reported In India So Far