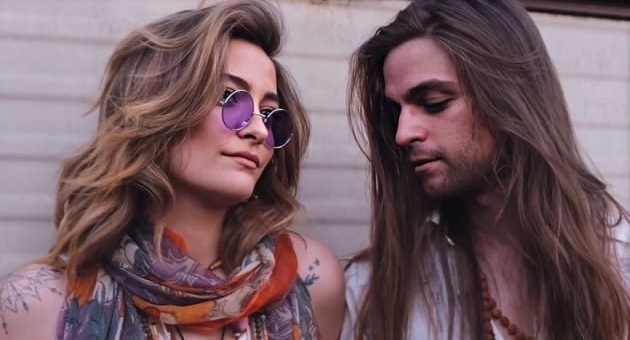 Recently, Paris Jackson took her relationship with Gabriel Glenn to new heights in the form of a streaming documentary about their love.


But sadly, all good things must come to an end.


The pair met in 2018 and felt an instant connection, quickly forming a relationship and bonding over music.


For two years, their love has blossomed, and they even play in a band together — The Soundflowers.


So why did they break up?


According to E! News‘ insider, Paris and Gabriel had been “on and off for a while.”


That must have felt like some deeply awkward timing, what with their Facebook Watch series, Unfiltered: Paris Jackson & Gabriel Glenn airing.


“She’s working on herself,” the insider tells E! News.


Paris is, in addition to her music career, also a model and an actress. She is also, you know, a person.


“For now,” the insider details, “both are going to focus on their separate projects.”


“And,” the source remarks, the two “will probably decide down the road about their music together and The Sunflowers.”


It’s rarely a good idea to make big decisions about a shared passion project in the immediate aftermath of a breakup.


On that episode, the pair admitted that they were butting heads more or less constantly.


That, contrary to what media that romanticizes relationship conflict would have people believe, is a sign of a toxic relationship.


During the streaming series, Paris referred to Glenn as “one of her many soulmates.”


If you are not already aware — which means that you’ve never looked at any of her social media — Paris has a deep and enduring passion for the spiritual.


Even at the time, Paris was quick to explain that she didn’t necessarily mean that she and Gabriel were fated to be together forever as partners.


Continuing her explanation, Paris added: “and then in another life he was probably my worst enemy.”


Paris Jackson is famous, first and foremost, for being Michael Jackson’s daughter. She is also young and hot.


But what connected her to Glenn most was seeing his other band, the Trash Dogs, performing in 2018.


The two made an instant connection, the kind that likeminded and aggressively hot people tend to make with each other. But that doesn’t always mean that things will last.


Paris has not always gone public with her relationships, and some of her partners have been non-exclusive situations with friends — like Cara Delevigne.


No matter the ins and outs of her relationships and their hurdles, Paris has no shortage of fans who are happy to watch what — and who — she does next.


We wish Paris — and Gabriel, for that matter — the very best of luck on their romantic and musical futures.