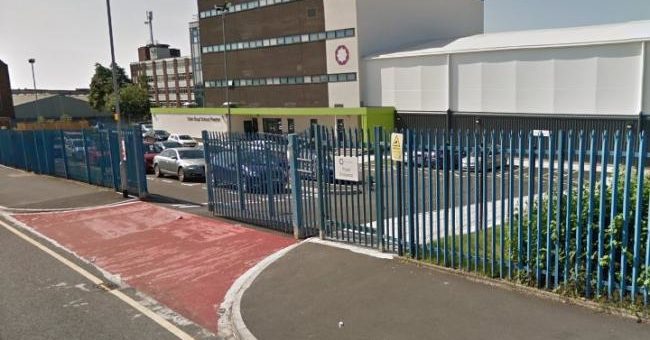 A mum says her family feels ‘vindicated’ after an independent panel quashed her son’s exclusion from a boys’ school.

In January, the pupil now 15 was excluded from Eden Boys’ School, Preston which is run by Star Academies following an incident outside of school hours. An Independent Review Hearing by Lancashire County Council has now quashed the decision and ruled the governing board should reinstate the boy to the school.

The pupil got involved with a scuffle with pupils from the same school outside the Jamea Mosque on Clarendon Street in Preston after 7pm on Thursday January 9. The incident was away from the school and out of school uniform.

The pupil was told he had been excluded from the school the next day. Mum Famida Hussain says she was then told days later that her son has been permanently excluded. The fight was broken up by the head of year at the school who also happened to be a teacher at the Mosque.

At the time the school told us they would not comment on individual cases and ‘All pupils were aware of the high behavioural standards that are expected of them’.

An Independent panel has now found the school’s decision to expel the child was ‘flawed’.

Famida said, “I would like tell parents not to judge and presume things. People may have seen the story and said he got what he deserved. The system does have its flaws and the ruling has shown that we were correct to question the exclusion.

“I have backed my son since the night it happened. I have to say that in January I was unhappy but we fought was for what we believed in and this decision is a vindication of my son.

“I can say that my son was treated wrongly.

“After the incident and there were accusations going around. The community is quick to question and judge. He didn’t have a chance to tell his side of the story.”

A letter to the parents states, “After careful consideration of all the evidence available before the Independent Review Panel, it was decided that the decision made by the Governing Board of Eden Boys’ School be quashed and a direction made that the Governing Board reconsidered the reinstatement of X to the school.”

It adds, “Having considered all your representations and the school’s responses, in terms of the member of staff being punched, the panel was not satisfied with the Governing Board Disciplinary findings, on a balance of probabilities that X did what he was alleged to have done.”

The review panel found that the ‘disciplinary panel at the school was unable to prove that the assault on the pupil was premeditated. It also found that the assault on the staff particularly the act of punching him was ‘unclear’. It adds, ‘Apart from the member of staff stating that he was punched, none of the other independent witnesses supported this’. The panel found ‘that x would not have been permanently excluded if the assault was on the pupil alone.’ The Panel in their findings also acknowledged that the incident between the pupils was resolved after a meeting between sets of parents.

The 15-year-old who is presently at Moor Park High School in Preston where he is happy.

Famida said, “We don’t want to go back to the school because he is settled at Moor Park. We want an apology from the school. I do not believe this would have happened to another child in that school.

“I continued to pursue this because I knew something was not right. If someone takes a decision to exclude your son then you want to see what the reasons were.

“At the time I felt we were not given these reasons. I felt powerless seeing my child suffer and be made to feel isolated.”

Star Academies were asked if they would be apologising to the Mrs Hussain and her family.

A spokesperson for Eden Boy’s School, Preston said: “Although the school is disappointed by the outcome of the panel hearing, the pupil will be offered the opportunity to return to the school.

Star Academies has also written to the parents of the pupil and accepting the panel’s decision.

‘I don’t feel safe in my neighbourhood,’ says man suing Collingwood over coyotes
2019-04-07