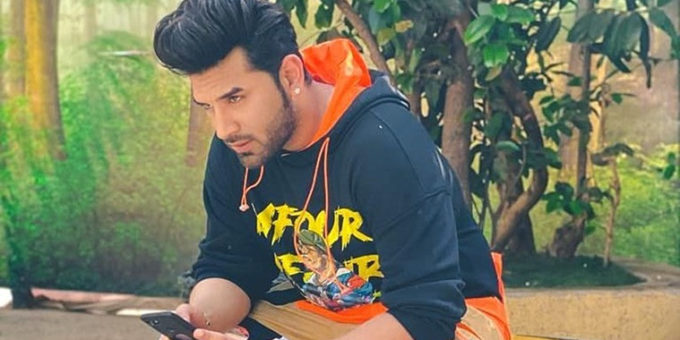 
Paras Chhabra was a finalist on Bigg Boss 13 and is currently participating in Mujhse Shaadi Karoge. (Photo: Paras Chhabra/Instagram)

“I haven’t had the chance to even know how much life changed after Bigg Boss 13, as I soon got on board for Mujhse Shaadi Karoge. But whenever I step out on my week-offs, people do come up to me and click pictures. That does make me feel that I have become famous,” shared Paras Chhabra in an exclusive conversation with indianexpress.com.

The 29-year-old was one of the finalists of Bigg Boss 13 but he quit the competition by taking home the cash prize of Rs 10 lakh. Chhabra is currently seen in Mujhse Shaadi Karoge. The show, based on the format of a swayamvar, has him and his co-finalist Shehnaaz Gill trying to find their perfect suitors.

Talking about the show, Paras Chhabra said, “It’s all going great with the show. I am really enjoying myself. Honestly, I never imagined that I would do something like this. However, I always thought that there would be a time when girls will be competing for me. And that’s what just happened (laughs).”

Since Mujhse Shaadi Karoge is set in the Bigg Boss house, we wondered if it brings back old memories. “Absolutely, this is the reason I feel quite low and lost on the show. Memories of all those times keep rushing every now and then. The kind of bonds I made in Bigg Boss, especially with Mahira Sharma. I cannot just forge the same bond with anyone in this short span. I am friendly with all of them but I cannot have the same kind of fun. As for Shehnaaz Gill, she is like a kid, so I cannot converse with her too much,” he shared.

The Splitsvilla 5 winner also spoke about the suitors on the show, “Everyone is nice and they do put in a lot of efforts. I try to give all of them equal attention. I will not say anyone has managed to win my heart already. We are still in the process. However, all of us are really trying to make the show a success.”

Recently there was a buzz that Mujhse Shaadi Karoge would be pulled off air owing to its low ratings. Also, most fans of Shehnaaz Gill have been protesting against the series given that they want to only see SidNaaz (Sidharth Shukla and Shenaaz). Speaking on the same, the actor said, “Well, I don’t think there’s much truth around the show going off air soon. If people are talking and making a buzz, it only means that they are watching us. As for ratings, I understand that it’s not as much as Bigg Boss, but I think the team is happy about the numbers. It’s a new format and the audience will take time to adapt to it.”

“Coming to Shehnaaz’s fans, I think if they truly love her, they should be happy to see her on-screen. It’s not necessary that she will have to be with Sidharth all the time. We all love Shah Rukh Khan and Kajol together, but that doesn’t mean they will not do films with someone else. I think they should support her and give her and Mujhse Shaadi Karoge a lot more love,” added Paras Chhabra.

Recently, Chhabra and his rumoured girlfriend Mahira Sharma starred in the music video of “Baarish”. Stating that it was fun to work with Sharma, he said, “Since we are such great friends, there was a lot of comfort between us. Also, fans wanted to see us, as in PaHira together. So, it was quite a treat for them. The video required a lot of acting, and I enjoyed myself. I got to play a lover, a criminal and even an aged man. I also cried a lot, but it was all worth it.”

Lastly, we quizzed him on his equation with ex-girlfriend Akanksha Puri, and whether he tried to sort out the differences between them. Puri had recently even got her tattoo with Paras’ name modified on her wrist. “There’s no point talking to her. The way things happened, I don’t see that things will sort out. As for her, she knows what she did was wrong, and so she too didn’t try to contact me. As for the tattoo, I am happy that she got it changed. I don’t want my name to be around her. I have not been getting time to modify my tattoo, as I too want to get it removed. May be, I will do that on national television soon, in front of the whole world,” concluded Paras Chhabra.