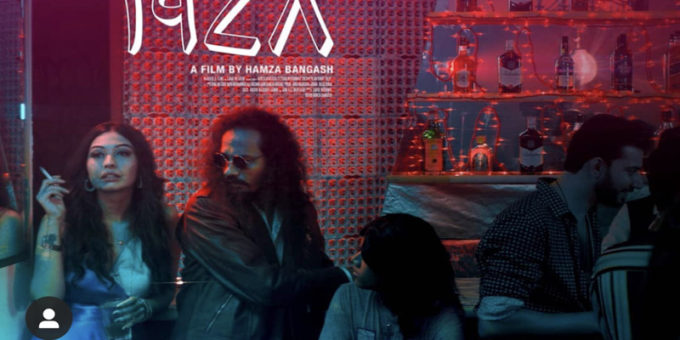 Short Pakisatni film “1978”, created by writer and director Hamza Bangash, has made it to global cinema and will have its world premiere at Locarno Film Festival 2020 in Switzerland in August.

Announcing the news on his official Instagram account, director Hamza Bangash said, “I am thrilled to finally be able to announce that my secret film project, 1978, will be having its’ World Premiere in-competition at Locarno Film Festival 2020”.

“This is by far my most ambitious project. We built a disco. Recorded original songs. Non-actors. Making a film takes a village, but this one felt like it took an entire city. Which makes sense, since the film is about a city-Karachi- that no longer exists. A city that was once the “Paris of the East””, Hamza wrote in his post.

Previously, Hamza Bangash has also sent in the films “Dia” and “Stray Dogs Come Out at Night” to the Locarno, and Palm Springs Film Festival, respectively.

‘This is by far my most ambitious project’

The film focused on a young Goan Christian rock star named Lenny D’Souza, who is struggling to reinvent himself while Pakistan’s society is changing drastically. Its plot is inspired by Norman D’Souza, a legendary Goan Christian rock star in Pakistan from the 70s. Hamza Bangash called him “Uncle Norman” affectionately and considered it a privilege to tell the story of lost culture inspired by Mr. D’Souza’s experiences.

The team of 1978 has recorded original songs, enlisted non-actors, and built a disco to create the ethos of the time. Bangash credited his executive producers Rashid Maqsood Hamidi and Abid Aziz Merchant who “made this film happen”.

“1978” stars Muhammad Zeeshan as Lenny D’Souza, Rubya Chaudhry as Dina, theater veteran Naveed Kamal as AJ, the disco manager, and Sherwyn Anthony as Thomas D’Souza. The film’s music is being provided by Clifford Lucas. The film has been produced by Carol Ann and written and directed by Hamza Bangash. The film has already been nominated for the prestigious Pardino d’oro award for Best International Short Film and the Pardino d’argento as well while the Locarno Film Festival will take place from 5-15 August.