Breaking News
2022-06-25 Shah Rukh Khan says he is ‘too old to do romantic films,’ remembers romancing ‘way younger’ co-star: ‘It is awkward’ 2022-06-25 Groups in Spain and Morocco push for border deaths inquiry 2022-06-25 A New Task for Biden: Readying Allies for a Long Conflict in Ukraine 2022-06-25 Tangshan and Xuzhou: Fury and questions over China's treatment of women 2022-06-25 Russian military says it has full control over Sievierodonetsk 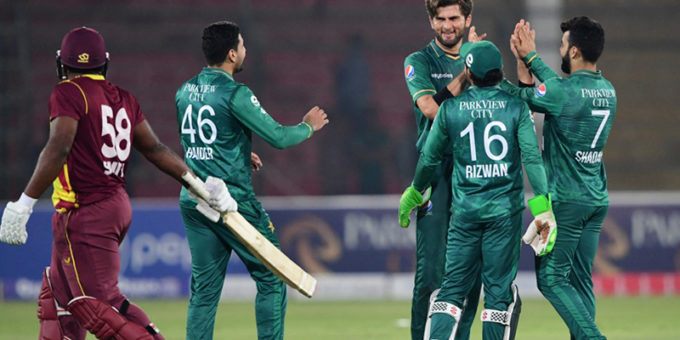 The third T20I between Pakistan and West Indies will go ahead as scheduled, despite multiple Covid-19 cases in the visitors’ camp, according to the Pakistan Cricket Board (PCB).

The remaining matches of the tour were in doubt, initially, due to
West Indies players’ reluctance to take the field, however they later agreed to
keep the tour on.

Meanwhile, four members of the touring party tested positive on
Saturday, bringing the total to nine since they arrived last week for a
Twenty20 and limited-over series.

The remaining 14 members of the squad tested negative for the
virus, today.

It must be noted that Pakistan has an unassailable lead in the
ongoing three-match T20I series, after winning the first two matches.

The third T20I match will be played at the National Stadium in
Karachi.

The two teams are also set to play a three-match ODI series, on
December 18, 20 and 22, following the conclusion of the T20Is at the same
venue.

Khatron Ke Khiladi 12: Munawar Faruqui announces he will not be a part of it; pens heartfelt note on social media about the reason : Bollywood News
2022-06-19