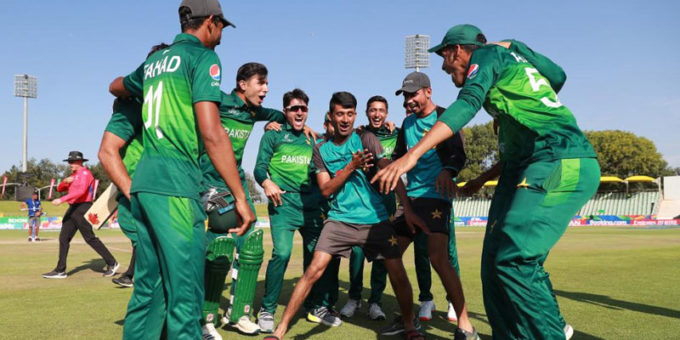 Pakistan beat Afghanistan by six wickets in the U19 Cricket World Cup to secure a place in the semi-final.

The side will now play arch-rivals India.

Afghanistan won the toss and chose to bat first. It was a decision that did not prove favorable for them.

Pakistan’s bowlers put on a disciplined performance as they dismissed the Afghan side for just 189. Captain Farhan Zakhil was the top-scorer with 40 (55) with seven boundaries to his name.

Mohammad Amir Khan was the pick of the bowlers as he returned with figures of 3-58 in 10 overs while Fahad Munir ended with 2-29.

An unbeaten half-century by Mohammad Huraira (64 off 76) helped the side home in the 42nd over.