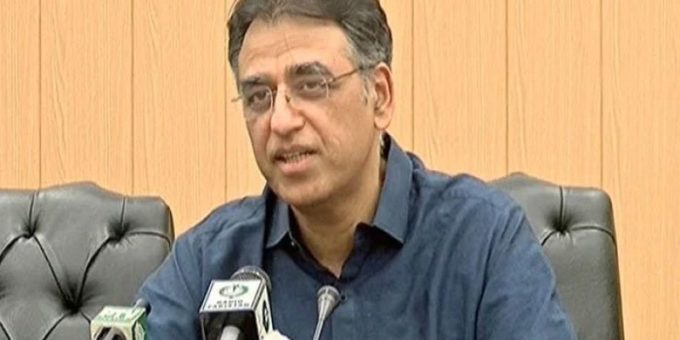 Pakistan has revised up its economic growth rate for 2020-21 to 5.37 per cent from 3.9pc, Planning and Development Minister Asad Umar said on Thursday.

“The growth in 2020-21 was 5.37pc,” he said in a tweet, adding that the National Accounts Committee (NAC), a government body that reviews the economic indicators, had approved the revised estimate of gross domestic product (GDP) growth.

The statistics bureau also shifted its economy’s baseline, which pushed the figure up further to 5.57pc, a statement from the planning ministry said.

The economy recovered between July 1, 2020, and June 30, 2021, its fiscal year. It’s GDP contracted in the previous fiscal year due to the global impact of Covid-19 shutdowns.

For 2021-22, a target of 4.8pc has been set but policymakers are hopeful growth will cross five per cent.

Umar said the revised number showed the second-highest growth in the last 14 years. The higher growth was mainly due to strong industrial growth between April and June, he said.

With inflation at 12.3pc, surging food and energy prices have put Prime Minister Imran Khan under increasing pressure from the middle classes, his main base of support.

His government presented a mid-year budget earlier this month to end tax exemptions on a variety of sectors to raise $1.93bn for the current fiscal year under International Monetary Fund (IMF) conditions.

The IMF has made further budgetary tightening a condition for the revival of a stalled $6bn funding programme before the next tranche could be approved in a board review set for January 28.

Russia to hold major navy drills involving all its fleets

Pictures: Anushka Sharma is all smiles for the paparazzi
2021-10-06