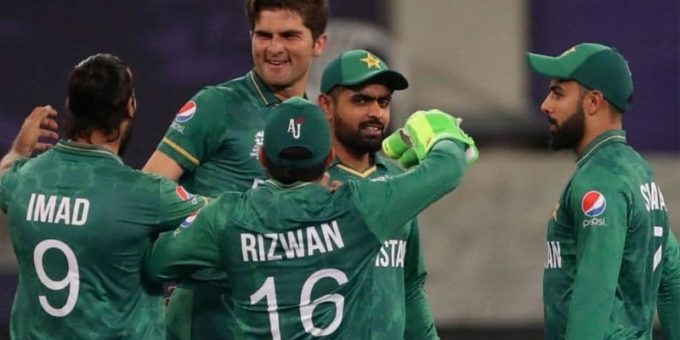 Pakistan captain Babar Azam, pacer Shaheen Shah Afridi and wicketkeeper-batter Mohammad Rizwan have been named in the ICC T20I team of the year.

The team was announced on Wednesday, which will be led by
Pakistan all-format captain Babar Azam.

Apart from the Pakistan trio, three players from South
Africa, two from Australia and one each from England, Sri Lanka and Bangladesh were
named in the team.

Rizwan had an unforgettable 2021, where he broke many
records with the bat. He became the first batter ever to score over 2,000 runs
in the shortest format of the game in a year.

Moreover, the wicketkeeper scored a staggering 1326 runs in
only 29 matches, at an average of 73.66 and a strike-rate of 134.89. Apart from
his exploits with the bat, he was as solid as ever behind the stumps.

Meanwhile, Babar continued to dominate with the bat throughout
the year. The right-hander ended up as the leading runs getter in the T20 World
Cup.

Overall, Babar played 29 matches and aggregated 939 runs at
an average of 37.56 with one century and nine half-centuries. His captaincy was
also praised as he led his team to the semi-finals of the T20 World Cup in UAE
and Oman.

It was a year for remember for Shaheen Afridi, especially in
the shortest form of the game. Afridi picked up 23 wickets in 21 matches at an
average of 26.04 and an economy of 7.86.

Here is the ICC T20I Team of the Year:

Will Remain In Congress Throughout My Life, Says Shakeel Ahmad
2019-05-12