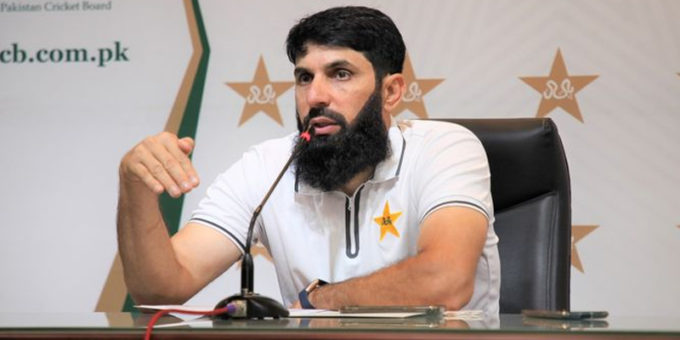 Pakistan head coach Misbah-ul-Haq has said that he has no personal issue with Mohammad Amir as the latter is always welcome to join the team.

Misbah’s statement came days after Amir announced he was conditionally ready to come out of retirement.

“If he comes out of retirement and performs, I have always said that doors are always open for him or any other player,” said the former Pakistan captain, while speaking to media ahead of joining the bio-secure bubble for the England tour.

“As I have told you before that, Amir was dropped from the team on the basis of performance and injuries,” he said.

“After that, Amir retired from international cricket.”

The 29-year-old made himself unavailable for the national team in a surprising move last year. He accused the team management of targeting him following his decision to retire from Test cricket.

Misbah once again clarified that he has no personal issue with the former Pakistan pacer. According to the Pakistan head coach, he has always backed Amir since his return from a spot-fixing ban.

“Last year he had some family issues, he was unable to travel to England with the team,” he said. “But when the problems were revolved, we straight away called him to England to join the squad.

“I don’t think why the issue was created and why Amir feels like that,” Misbah said. “The important thing is that he makes himself available and performs in order to get back into the side.”

Sanjana Sanghi gets appointed as Youth Advocate for Education by child rights organisation, Save The Children : Bollywood News