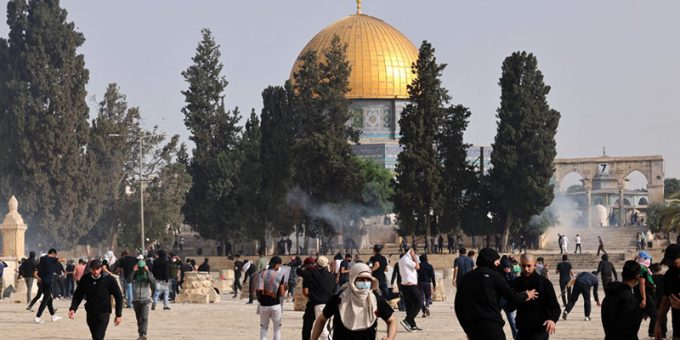 Pakistan cricketers have raised their voice against Israel’s recent aggression against Palestinians in Gaza and Jerusalem.

Clashes erupt on May 07, 2021, as Muslims pack the Al-Aqsa mosque compound—Islam’s third holiest site—to pray on the last Friday of the holy fasting month of Ramadan.

ISRAELI forces continue to attack innocent worshipers at #AlAqsa with illegal confiscation of lands evicting #Palestinians from their homes with all illegal measures to undermine prospects for global peace.

Sometimes I feel how unfair the World has become with selective justice. pic.twitter.com/2dzgLEwIw4

Prayers for the people of Palestine. We just have to be human to stand up for humanity. #PrayForPalestine #المسجد_الأقصى pic.twitter.com/NPCqRLmUA0

We are with you Palestine 🇵🇸. Requesting humanity to stand with Palestine especially all the Muslim countries against this barbarism. Where are the human rights organisations now? #Palestine #اسرائیل_اوراسکےیاروں_پرلعنت pic.twitter.com/rklqIvQyzv

Devastated by the violence happening in Palestine 😣 immediate actions should be taken against this violence. Praying for all the Muslim brothers and sisters there, May Allah safeguard them🤲🏼#FreePalestine

The violence increased in the days after and till Wednesday morning, at least 35 Palestinians, including 10 children, were killed in the Israeli forces bombardment in Gaza.

No Covaxin For 18-44 From Tomorrow In Delhi, Limited Stocks Left For 45+