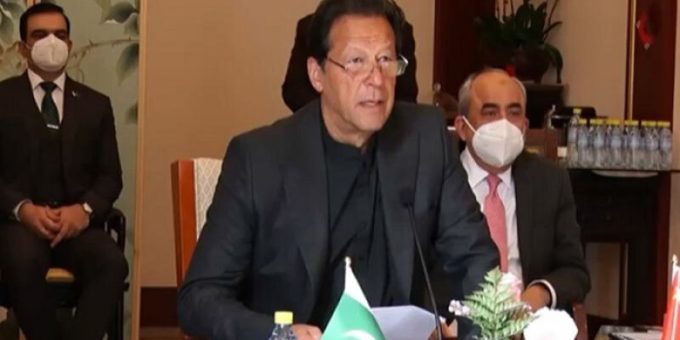 The premier said that the Pakistan-China partnership was time-tested and timeless, said a statement released after the meeting. “Despite COVID-19 pandemic, work on all CPEC projects progressed steadily due to joint cooperation of both sides,” it said, adding, “The prime minister appreciated efforts of the NDRC and relevant authorities of both sides in this regard.”

PM Imran reiterated that as the flagship project of the Belt and Road Initiative (BRI), CPEC had strategic significance for both Pakistan and China and was delivering tangible benefits to the people of the two countries. He noted with satisfaction that CPEC’s early-harvest projects have transformed Pakistan’s economic landscape thus laying a solid foundation for sustainable economic growth.

Reaffirming the commitment of two sides to timely completion of CPEC and its high-quality development, the PM said that both sides would continue expediting efforts to achieve Gwadar’s potential as a hub of regional commerce and industry while also prioritizing preparatory work on the ML-I and other key energy projects.

In his remarks, the NRDC chairman said that China attached immense significance to CPEC and was firmly committed to its steady progress and development. He noted that China has become Pakistan’s largest investment and trade partner in the last seven years and both sides were keen to maintain the momentum of overall economic and trade ties in future as well.

He added that NDRC and all relevant Chinese institutions would continue their efforts to encourage Chinese state-owned and private enterprises for investment in CPEC projects. In this regard, both sides had decided to establish new green, digital, health, trade and industry corridors, which would enhance sector-wise cooperation in these areas, the statement read.

Thanking the prime minister for his firm support, He Lifeng expressed China’s readiness to assist Pakistan in the areas of industrialization, agricultural modernization, science and technology and socio-economic development.

During the meeting, both sides welcomed the signing of the Framework Agreement on Industrial Cooperation between the Board of Investment (BOI) and the NDRC which would, inter alia, facilitate the relocation of China’s industrial units to CPEC SEZs and accelerate investment from China and elsewhere.

Both sides also signed the minutes of the 6th JWG meeting on Gwadar which was held on 30 December 2021. The minutes were signed by Planning Minister Asad Umar and Ning Jizhe, the vice-chairman of NDRC.