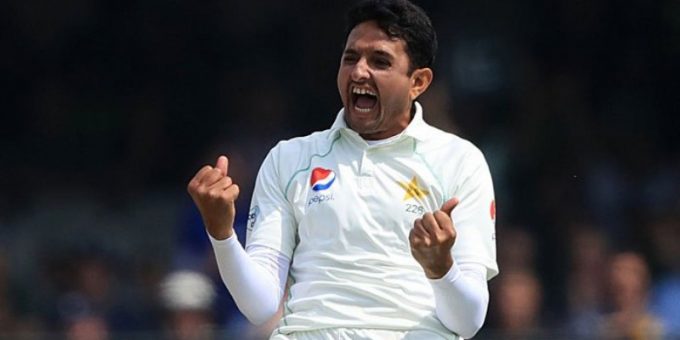 Pakistan recalled paceman Mohammad Abbas into the side on Thursday for the second Test against Australia at the Adelaide Oval as they look to add consistency to their bowling attack under lights.

Skipper Azhar Ali will also drop down the order to bat at number three in the day-night Test starting on Friday, with Imam-ul-Haq set to get the nod to open the innings alongside Shan Masood. Haris Sohail will be dropped.

Seamer Abbas has taken 66 wickets at just 18.86 in his 14 Tests but was a surprise omission for the opening clash in Brisbane, where Pakistan were crushed by an innings and five runs.

“Definitely there will be some changes,” Azhar said of the team line-up, which will be announced on Friday. Asked if Abbas would be one of those changes, he replied: “Yes.”

“He’s (Abbas) done well in Test matches, he can definitely bring a lot of control and he has worked a lot since the last Test match on his rhythm and he is feeling better,” he said. “Obviously a bowler of his class, you feel he has something to offer.”

Azhar would not say who Abbas would replace, but Imran Khan is a candidate after failing to fire in Brisbane. Naseem Shah, 16, could also be rested with Pakistan keen to manage the workload of the teenager, whose mother died recently.

Pakistan desperately need their bowlers to perform in Adelaide, having lost 13 consecutive Tests in Australia.

They will be facing an Australian team that has won all five of its pink-ball matches and with David Warner, Joe Burns and Marnus Labuschagne in fine form after big scores at the Gabba.

Azhar acknowledged Pakistan have long laboured in Australia, with their inability to bowl the opposition out twice their biggest problem.

“A lot of our tours to Australia we have struggled to pick up wickets. We have to control the rate, bowl in good areas for a long time,” he said. “Wickets in Australia, a lot of people say it is bounce, it is pace. But equally it is good for batting as well, so if you can’t bowl well for a long period of time, you can’t put teams under pressure.”

He added: “If we want to pick up 20 wickets we have to execute our plan perfectly.”

Pakistan have played one pink-ball fixture in Australia — three years ago in Brisbane, when they lost by 39 runs.