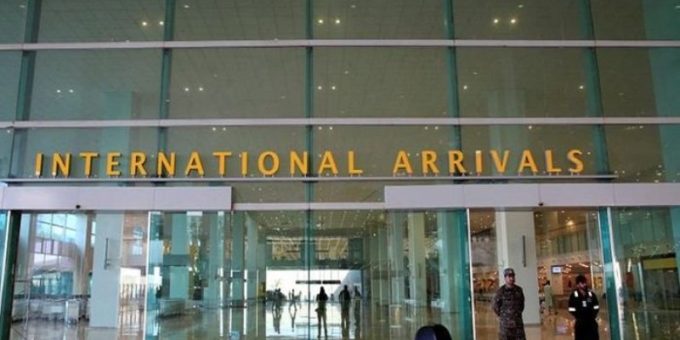 Pakistan on Saturday announced a ban on entry from six southern African countries as well as Hong Kong “due to threat” from the new COVID-19 variant Omicron.

A statement by the National Command and Operation Centre (NCOC) said that a ban on direct or indirect inbound travel from South Africa, Hong Kong, Mozambique, Namibia, Lesotho, Botswana, and Eswatini has been imposed, with the countries placed in Category C “with immediate effect”.

NCOC said Pakistani passengers travelling from these countries on “extreme emergency” will only be allowed after obtaining exemptions and ensuring the following protocols:

Rapid Antigen Test (RAT) on arrival at the airport;

Their PCR test will be conducted on the 10th day in quarantine.

However, to facilitate stranded Pakistanis, travel from these countries will be allowed till December 5, 2021, without exemption, but the aforementioned protocols will be applicable, the NCOC said.

In the statement, the NCOC also directed Aviation Division, airport management, and the Airport Security Force to devise a mechanism for screening passengers traveling from the above-mentioned countries through indirect flights and share it with all the concerned authorities by November 29.

“Please ensure that your vaccination is complete, wear a mask and isolate yourself or get tested in case of any symptoms! Stay safe!!!” it wrote.

“The emergence of new variant makes it even more urgent to vaccinate all eligible citizens 12 years and older,” the federal minister said.

The discovery of the new Omicron coronavirus has variant sparked global concern and triggered a sell-off on financial markets. But indicating that such curbs may not stem the spread of the variant, Britain said on Saturday it had detected two cases, and authorities in Germany and the Czech Republic also said they had suspected cases.

Although epidemiologists say travel curbs may be too late to stop Omicron from circulating globally, many countries around the world — including the United States, Brazil, Canada, and European Union nations — announced travel bans or restrictions on southern Africa on Friday.

On Saturday, Australia said it would ban non-citizens who have been in nine southern African countries from entering and will require supervised 14-day quarantines for Australian citizens and their dependents returning from there.

Japan said it would extend its tightened border controls to three more African countries after imposing curbs on travel from South Africa, Botswana, Eswatini, Zimbabwe, Namibia, and Lesotho on Friday.

Omicron, dubbed a “variant of concern” by the World Health Organisation, is potentially more contagious than previous variants of the disease, although experts do not know yet if it will cause more or less severe COVID-19 compared to other coronavirus strains.

The variant was first discovered in South Africa and had also since been detected in Belgium, Botswana, Israel, and Hong Kong.

Dutch authorities said that 61 out of around 600 people who arrived in Amsterdam on two flights from South Africa on Friday had tested positive for the coronavirus. Health authorities were carrying out further tests to see if those cases involved the new variant.

Financial markets plunged on Friday, especially stocks of airlines and others in the travel sector, as investors worried the variant could cause another surge in the pandemic and stall a global recovery. Oil prices tumbled by about $10 a barrel.

The new variant has also thrown a spotlight on disparities in how far the world’s population is vaccinated. Even as many developed countries are giving third-dose boosters, less than 7% of people in low-income countries have received their first COVID-19 shot, according to medical and human rights groups.

NAB turned into a tool for revenge against political opponents: Nawaz Sharif
2020-09-20