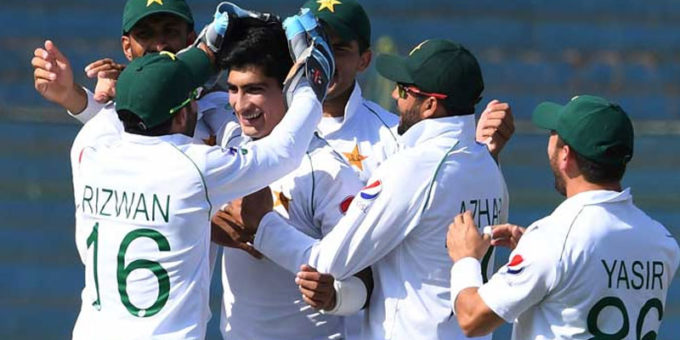 Pakistan announced on Saturday the squad for the Rawalpindi Test against Bangladesh, which begins on February 7.

According to a press release issued by the Pakistan Cricket Board (PCB), the side have made two changes in the squad: Bilal Asif was included for his impressive performance in the Quaid-e-Azam Trophy whereas Faheem Ashraf has been picked due to his show in the tournament’s final.

They replace Kashif Bhatti and Usman Shinwari for the match.

“We have followed the horses for courses policy for the Test against Bangladesh,” Misbah said. “I know the two players who have been left out will be disappointed, but they remain firmly within our plans for the red-ball cricket we are scheduled to play later this year. Kashif Bhatti has paved the way for Bilal Asif considering there are left-handed batters in the Bangladesh top and middle-order, while Faheem Ashraf has been preferred over Usman Shinwari due to his all-round abilities.”

Misbah said that he had not envisage any big changes in the playing line-up on the back of their win against Sri Lanka in the Karachi Test but they have tried to cover all their bases just in case the wicket has any surprises for them.

The chief selector said the side ended 2019 on a high with a victory over Sri Lanka and have made a good start to 2020 by winning the T20I series against Bangladesh. “I understand the Test will be a different ball game but I am optimistic we will maintain our good form and translate that into another strong performance that will contribute significantly in the overall confidence building of the Test side.”

Misbah said that the side are aiming to collect maximum points from the two upcoming ICC World Test Championship matches against Bangladesh so that they are in a strong position for top-two finish by the end of the 2020-21 season when they take the field for the Lord’s Test against England on July 30.