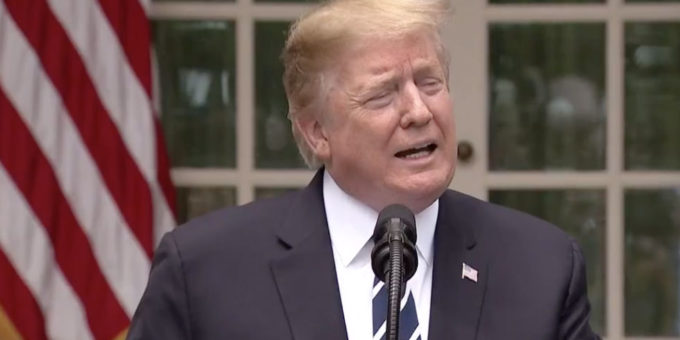 The former Armed Forces leaders advised Trump in a letter published Thursday in War on the Rocks to take “crisis de-escalation measures.”

“As President and Commander-in-Chief, you have considerable power at your disposal to immediately reduce the dangerous levels of regional tension,” they wrote. “Crisis de-escalation measures should be established with the Iranian leadership at the senior levels of government as a prelude to exploratory diplomacy on matters of mutual concern.”

They added that diplomacy, not armed conflict would be best for U.S. interests.

“The protection of U.S. national interests in the Middle East and the safety of our friends and allies requires thoughtful statesmanship and aggressive diplomacy rather than unnecessary armed conflict,” they wrote.

They wrote that escalation measures taken by both sides “are highly concerning and make for a potentially deadly confrontation.”

Tensions with Iran escalated in recent weeks, particularly after the administration sent a carrier strike group and a bomber task force to the Middle East amid what officials called  “troubling and escalatory indications and warnings” from Iran that had not been publicly identified.

Trump said Friday that he would send about 1,500 troops to the Middle East to counter Iran’s influence.

According to War on the Rocks, which covers foreign policy and national security issues, the letter was coordinated by the American College of National Security Leaders, which is a group of retired admirals, generals, ambassadors and senior government executives