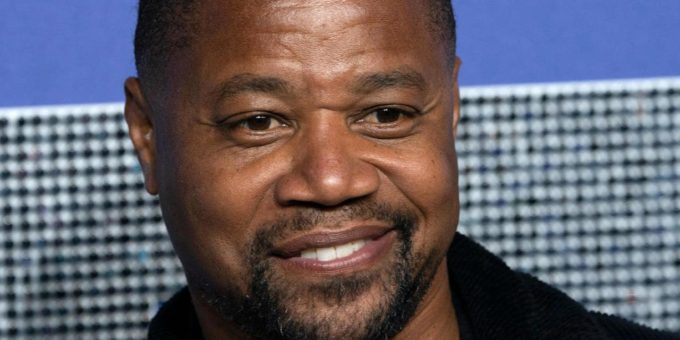 Oscar winner Cuba Gooding Jr. has spoken out for the first time publicly about a woman’s claims that he groped her at a New York nightclub — revealing he plans to turn himself over to the NYPD and insisting he is “absolutely not” guilty.

“I trust the system,” the 51-year-old told TMZ. “There’s a tape that shows what really happened — that’s the most important thing.”

When pushed about “what really happened,” he responded, “I was at the club, I left. I met a bunch of people, I said hello, I took pictures and … you know, you have to have faith in what people are saying … now I’m giving the process the chance to show what happened, what went down.”

According to the New York Post, Gooding was accused of groping the 30-year-old woman on Sunday night while he was “highly intoxicated” inside New York’s Magic Hour Rooftop Bar and Lounge, the woman claimed. She called police in the early hours of Monday morning.

Gooding also announced that he plans to turn himself into police on Thursday.

In videos shared on social media from the party, he was seen sipping cocktails and singing for the crowd.

He posed with fans for photos and took videos with some who also shared them on Instagram.

In some videos, he was filmed belting out the words to Journey’s Don’t Stop Believing.

The actor was married to his ex-wife Sara for 20 years before she filed for separation in 2014.

Over the last five years, they have tried to settle the divorce but it remains unclear if it has been finalised.

They cited irreconcilable differences in paperwork as the reason for the split.

Boss Women: Inspiring the next generation of female entrepreneurs

The Crown Season 4: Some memorable looks of Emma Corrin as Princess Diana
2020-11-26