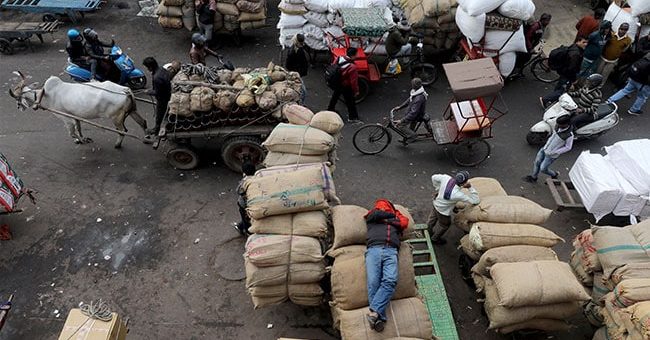 Prime Minister Narendra Modi’s address to the nation on Tuesday evening, in which he announced a Rs 20 lakh crore economic package and spoke of “lockdown 4”, has been shredded by the opposition Congress, Trinamool Congress and the BJP’s estranged ally Shiv Sena. Most of the leaders zeroed in the lack of details on either and criticized the Prime Minister for not addressing the issue of migrant labourers, whose plight during the lockdown has left a lasting image.

The package was welcomed by only one Congress leader. “Better late than never,” said Rajasthan Chief Minister Ashok Gehlot, whose state, among others, is awaiting a fiscal stimulus from the Centre.

He also expressed doubt about final shape and size of the package – a suspicion shared by his party’s Maharashtra ally, Sharad Pawar’s Nationalist Congress Party.

“If substantially, concretely, new proposal is 10 pc of GDP, it would be great. Both God and devil lie in details, not available. 10 pc should be additional, not counting old pre corona schemes,” Mr Singhvi tweeted.

The Nationalist Congress Party said the package “should not go the Bihar way”.

“Let’s see how it unfolds. We will wait for the details. But it should not go the way Bihar’s package went,” Maharashtra Minister and NCP national spokesperson Nawab Malik said, referring to the relief package announced for Bihar in 2015. The mega package was announced ahead of the 2015 election and opposition parties have repeatedly questioned how much of it materialized.

Congress spokesperson Jaiveer Shergill said: “Hoping that the Rs 20 lakh crore package is not scripted with same pen which was used to make the promises of giving everyone Rs 15 Lakh, cleaning ‘Maa Ganga’, bringing back black money in 100 days, transforming Varanasi into Kyoto and ending terrorism with demonetisation.”

The Trinamool Congress termed the Prime Minister’s address “incomplete and disappointing”, arguing that there was no proper direction on how the financial package will be used and what would happen in the next phase of lockdown.

“Most of his speech was all about boasting about his government’s so-called achievements. There is no clear direction about how this Rs 20 lakh crore would be spent… He spoke about Lockdown 4.0, but what will its structure be — nobody knows,” senior leader and MP Sougata Roy was quoted as saying by news agency Press Trust of India. .

The Trinamool’s Rajya Sabha MP Derek O’Brien said, “We saw the wrapping paper but we don’t know what’s inside the package. Because he didn’t announce the details. How will this money be raised, will the government borrow, will it raise taxes? The devil lies in the details of the package, for which we have to wait for one or two more days.”

The Congress’ other alliance partner in Maharashtra, the Shiv Sena, said while the Rs 20 lakh crore package was needed, the Prime Minister should also have talked about giving the states their share of the Goods and Services Tax.

“There is criticism of PM Cares Fund as it is not under the Right to Information Act. He should have talked about that too,” said party spokesperson Manisha Kayande.