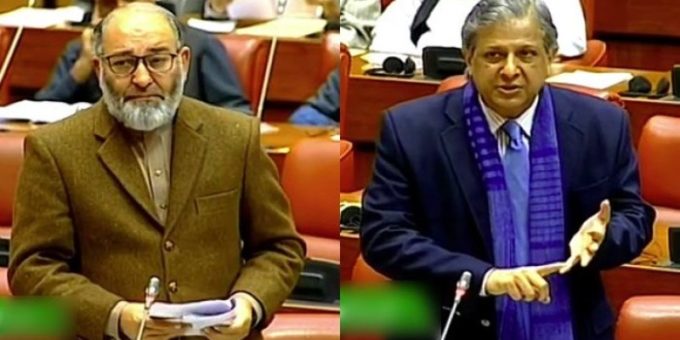 Opposition leaders in the Senate on Wednesday sought details of retired military officials appointed at the National Database and Registration Authority (NADRA).

The senators’ demand came after the Ministry of Interior submitted a detailed answer in the Upper House of the Parliament, where it stated that none of the 13,997 employees of NADRA belong to the military — whether on service or retired.

Jamaat-e-Islami Senator Mushtaq Ahmed, during a session of the Senate, said the ministry’s response was incomplete and asked for a complete record of the military personnel who were appointed by NADRA after they retired from the army.

“The youth of the country are searching for jobs […] but they cannot find any,” the senator said, as he reiterated his demand of making the data of retired army officers appointed in NADRA available.

PML-N Senator Azam Nazir Tarar said that he had received information that retired military officers were working as directors and deputy directors at the database authority.

Extending Ahmed’s questions, Tarar demanded the reason behind their appointment, when and how many were appointed, and whether they were given employment on the basis of merit or quota.

“What were the additional qualifications of the retired military personnel? The details of their assignments should also be provided,” he added.

Responding to the queries, Minister of State for Parliamentary Affairs Ali Muhammad Khan asked the senators to submit the questions afresh, so the Ministry of Interior could reply accordingly.

Meanwhile, there was ruckus in the upper house of Parliament, as senators lashed out at the government for not presenting the National Security Policy (NSP) in the Senate.

“What sort of a policy is this that the parliament did not get a chance to debate over? The parliament has not even seen this policy,” Senator Sherry Rehman said, chiding the government.

Leader of the House for the Senate Dr Shahzad Waseem said the NSP was presented to the Parliamentary Committee on National Security, but the Opposition decided to boycott the session.

However, he noted that when “the men in uniform come to the Parliamentary Committee on National Security meeting, then the Opposition rushed to attend it”.

In response, the Opposition members protested in front of the senate chairman’s dias and then staged a token walkout. Later, Senate Chairman Sadiq Sanjrani was able to restore order to the house.

Dwayne Johnson to reunite with Chris Morgan for Red One : Bollywood News
2021-06-29