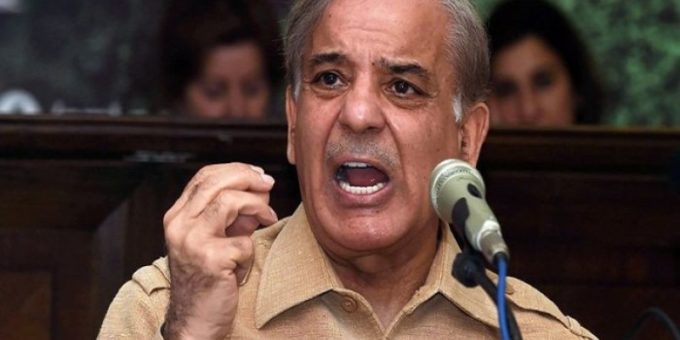 Leader of the Opposition in the National Assembly Shahbaz Sharif has tested positive for coronavirus again, PML-N spokesperson Marriyum Aurangzeb confirmed Wednesday, as the country battles a fifth wave of the pandemic.

News of Shahbaz testing positive comes as active coronavirus cases in Pakistan shot up from 39,881 to 44,717 in the last 24 hours, the highest since October 6, according to official figures released Wednesday morning.

The PML-N president, a cancer survivor, who had last tested positive for COVID-19 in June 2020, is now isolating at home and resting as per his doctor’s advice, Aurangzeb said in a statement.

“Shahbaz Sharif has asked the masses and PML-N workers to pray for his health,” she added.

In recent days, President Arif Alvi and Federal Minister for Education Shafqat Mehmood had tested positive for coronavirus again as well. The president has recovered from the virus six days after testing positive.

Dr Rana Muhammad Safdar, the director-general of health, had warned that coronavirus infections in Pakistan are doubling every week on average and could strain the country’s healthcare system in two weeks’ time.

In the last 24 hours. the country registered a positivity ratio at 9.48% as 5,472 new cases were detected after 57,669 tests were conducted, said the National Command and Operation Centre (NCOC), the forum leading Pakistan’s COVID response.

Eight new deaths pushed the death toll to 29,037, while new infections have taken the caseload to 1.34 million, the NCOC’s data showed.

he Pakistan Medical Association (PMA), meanwhile, has expressed concerns regarding the worsening coronavirus situation in the country.

The medical body, in a statement Tuesday, demanded the government immediately impose a ban on political rallies, sit-ins, and other public gatherings.

The association also warned of further aggravation of the coronavirus situation across the country in the next two to three weeks and said that there is a risk that the Omicron variant could become more deadly.

Signs that overthinking is killing your relationship
2019-06-21