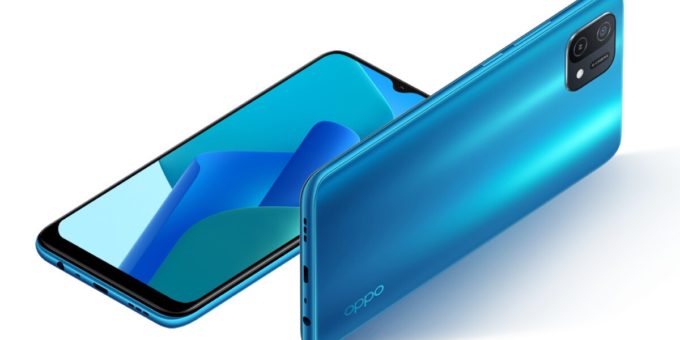 Oppo A16K is set to launch in the coming weeks, according to details shared by a tipster. The smartphone is yet to be officially announced in the country by Oppo, but the latest leak suggests that the upcoming Oppo smartphone will be launched in the first or second week of January. Oppo A16K is tipped to launch in the country with a MediaTek SoC under the hood. The smartphone is also said to sport a 6.52-inch HD+ waterdrop display.

Oppo is yet to announce the Oppo A16K for India. The smartphone is priced at PHP 6,999 (roughly Rs. 10,350) in the Philippines, where it was launched in November. The smartphone could be offered at a similar price point in India.

According to a report by 91Mobiles citing tipster Mukul Sharma, Oppo A16K will be powered by an octa-core MediaTek Helio G35 SoC, paired with 3GB of RAM and 32GB of storage in India. The smartphone is said to run on a 4,230mAh battery with support for charging at 10W via a USB Type-C port. The smartphone is tipped to sport a 6.52-inch HD+ display with a 269ppi pixel density and a waterdrop-style notch design to house the front camera.

On the rear camera front, Oppo A16K is said to feature a 13-megapixel primary camera, alongside an 8-megapixel secondary lens. The smartphone’s camera features will include night filters, a power saver mode and optimised charging at night, as per the tipster. The specifications of the selfie camera have not been leaked. On the connectivity front, the smartphone is tipped to feature support for dual-band Wi-Fi, Bluetooth 5.0, as well as a 3.5mm headphone jack. The smartphone is said to run on ColorOS 11.1 based on Android 11, according to the report.

Oppo A16K launched in the Philippines with the same processor, RAM and storage configuration as suggested in the leak, hinting that the rest of the specifications of the India model of the phone could also be the same as its Philippines counterpart.


As a writer on technology with Gadgets 360, David Delima is interested in open-source technology, cybersecurity, consumer privacy, and loves to read and write about how the Internet works. David can be contacted via email at DavidD@ndtv.com, as well as on Twitter at @DxDavey.
More

Kiriella confirms that Kariyawasam is paid by DIA
2019-06-21