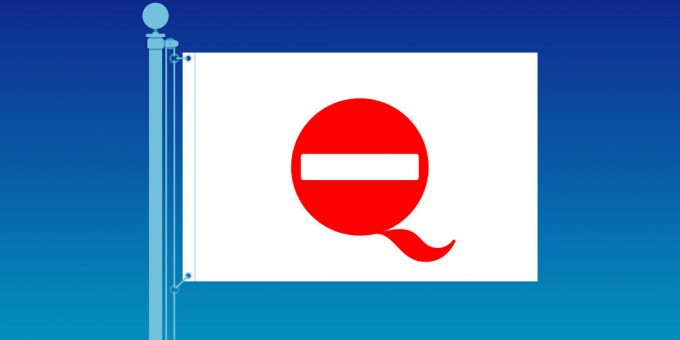 TOKYO — For over 40 years, Japan’s leading purveyor of shadowy phenomena, Mu magazine, has peddled Bigfoot, U.F.O.s and the occult to a ravenous fan base. Alien civilizations and the biology of the Loch Ness Monster have been popular cover stories. A conspiracy theory doesn’t quite arrive in the country without a nod from the monthly publication.

Yet Mu, with almost 60,000 readers and devotees including a former prime minister, a celebrated anime director and J-Pop idols, held back from publishing the obvious feature on the era’s biggest conspiracy theory: QAnon.

That movement hit peak notoriety with the storming of the U.S. Capitol in January, and its baseless core narrative became widely familiar during the coronavirus pandemic. Its followers are convinced that a cabal of Satan-worshipping, child-molesting elites controls the world, unleashing Covid-19 and 5G technology as part of its plot. QAnon has found believers in more than 70 countries, from British mums against child trafficking to anti-lockdown marchers in Germany and even an Australian wellness guru.

But it flopped in Japan, a country that’s no stranger to conspiracy theories. Even as Western media has portrayed otherwise, there are hardly any Q followers among the Japanese and it has failed the test for the nation’s conspiracy connoisseurs. “It’s too naïve for our readership,” Takeharu Mikami, the editor of Mu since 2005, told the Asahi Shimbun newspaper last month.

Japan has long been fertile ground for conspiratorial thinking. A cholera inoculation effort in 1877 prompted rumors that authorities were stealing people’s livers to sell to foreigners. Racist claims of Korean sabotage spread after the Great Kanto Earthquake of 1923; thousands of innocent Koreans were subsequently lynched. And in 1995 Aum Shinrikyo, a religious cult obsessed with the apocalypse, launched a nerve-gas attack on the Tokyo subway. In the cult’s official magazine, its leader declared “war on the world shadow government,” before his followers killed 14 people and injured 6,000 more.

What’s more, Japan gave the world “2channel,” an anonymous web message board founded in 1999 that morphed into a hotbed of nationalism and hate speech. The English-language version it directly inspired, “4chan,” incubated much of the internet’s ugliest meme culture. It also spawned QAnon, as legions rallied around posts by a still-unknown user called “Q” who prophesied that President Donald Trump would defeat the cabal.

Then, last spring, the coronavirus sent entire nations into lockdown, lighting the fuse for QAnon to blaze across the globe. Stuck at home, fearful and uncertain, people from London to Melbourne, Paris to Brasília went down the digital rabbit hole. Google searches for QAnon in Japan spiked dramatically too, after Tokyo declared a state of emergency last April.

Bemused Japanese netizens dubbed the new disciples “J-Anon,” a catchall phrase for the hodgepodge of disparate adopters and their preferred Q spinoff theories, mostly without overlap.

One group translated Q’s prophecies into Japanese, uniting almost exclusively online around a Twitter account and hashtag (#QArmyJapanFlynn). It was started by Eri Okabayashi, who localized QAnon content; her account initially appeared to generate tens of thousands of followers.

Another encompasses a smattering of fringe pro-Trump groups, who took up the banner of the “Stop the Steal” campaign after his election defeat in November. Supporters come from the likes of the Happy Science religion and a local chapter of Falun Gong. They’ve mustered a few hundred participants at about a dozen protests, spewing anti-China sentiment.

And then there are the Covid deniers, whose anti-masking demonstrations are intended to make everyone else “feel stupid.”

For all their bluster, J-Anon believers remain outcasts.

A significant number of Japanese may share the conspiracists’ negative views of China, but they are rooted in verifiable issues such as territorial disputes and historical grievances. And most Japanese would never embrace J-Anon’s bizarre theories — for instance, that the imperial family was replaced by body doubles, or that the atomic bombings of Hiroshima and Nagasaki were inside jobs. Digital forensic analysis has established that most of Ms. Okabayashi’s followers were probably fake. (Twitter removed her account in January as part of a global QAnon purge.)

So why the tepid reception? Japan’s cultural and political peculiarities seem to have largely inoculated people against QAnon.

Much of Japanese culture takes pains to avoid conflict, leaving little room for the ideological combat favored by QAnon supporters. “The Japanese don’t talk about politics openly. It’s almost taboo, because of the possibility of contentious confrontation,” says Prof. Kaori Hayashi, who teaches media and journalism studies at the University of Tokyo. When surveyed, roughly half of Japanese voters claim no political affiliation. Without the accelerant of identity politics, QAnon’s polarizing memes just can’t grip the Japanese psyche.

Another defense against misinformation is the dominance of Japan’s legacy print and broadcast media, an unintended effect of its gate-keeping. Backed by a fairness doctrine in national broadcast law, programming must avoid distorting facts, stay politically fair and not harm public safety. The law has hampered the rise of overtly partisan television and radio; there is no 24/7 broadcast news cycle clamoring for scoops.

Japanese newspapers also continue to enjoy some of the world’s highest print circulation. So they haven’t seriously explored digital distribution and hardly acknowledged online current affairs until recently. The upside of that is fringe theories aren’t so easily laundered into the mainstream news — in contrast with the United States, where a single tweet can and often does make headlines.

Yet parts of Japanese society are vulnerable. Pessimism in the future abounds, according to the Pew Research Center, which found most Japanese expect that their children will be financially worse off than they are. More than half believe their politicians are corrupt and don’t care about them. And people are deeply skeptical about Covid-19 vaccines, doubting not the science but their leaders’ management of vaccination campaigns.

Traditional media may be less bombastic, but its lethargy has alienated minorities. Japanese in their 40s and younger are abandoning newspapers altogether. Fringe movements are sprouted when people feel neglected by the establishment. “The mainstream media is not paying sufficient attention to their voices,” says Prof. Hayashi. “They are turning to the internet to make their opinions heard — and sometimes even turning hostile to traditional media.” It’s an ominous sign that “fake news” has now entered the Japanese lexicon.

Mu magazine has read the tea leaves. Responding to requests, it will devote its upcoming issue to the QAnon movement. But it won’t be the victory that conspiracists crave: Mr. Mikami, its editor, has promised not to promote Q’s tenets but to illuminate readers with “conspiracy literacy.” The Japanese have managed to resist QAnon so far, but who doesn’t enjoy a sensational read?

Matt Alt is a Japan-based writer, translator and localizer who specializes in adapting Japanese content for global audiences. He is the author, most recently, of “Pure Invention: How Japan’s Pop Culture Conquered the World.” @matt_alt

The Times is committed to publishing a diversity of letters to the editor. We’d like to hear what you think about this or any of our articles. Here are some tips. And here’s our email: letters@nytimes.com.

US gives $15 million to Palestinians to deal with COVID-19

Teenager dies of COVID-19 in Montreal, youngest victim of pandemic in Quebec
2021-04-07