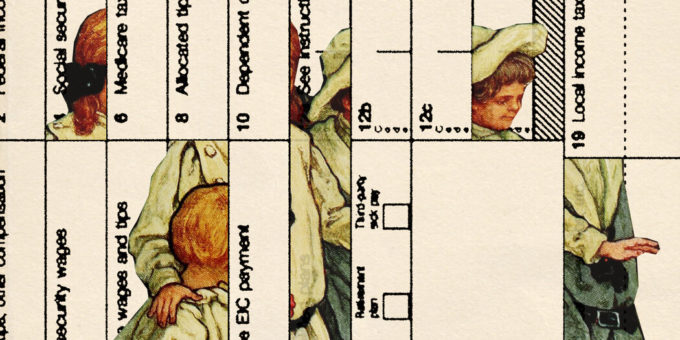 The parents we talked to felt a tension between the obvious benefits a monthly benefit could bring but still wanting some kind of work requirement. Work made a family deserving of government support; without it, family benefits were seen as welfare. A Hispanic mom in her late 30s ticked off her monthly expenses — food, rent, car — and admitted that an extra $300 to $400 per month would be “really beneficial.” But, she added, “it could also coddle people that don’t want to work and are playing the system.”

Not all working-class parents were against the idea of a child allowance. One Atlanta mom in her 30s noted that a dichotomy of working or not working does not cover other situations, such as being unable to work because of family obligations or disability. “Regardless of whether you work or not, you should be able to get that help, that extra supplemental income for your kids,” she said. Other participants pointed out that for some moms in low-wage jobs, child care expenses can eat up what they earn.

There is good reason for policymakers to prefer the administrative simplicity and egalitarianism of universal benefits. One Texas mom noted a strict work requirement would leave out parents who were most in need: “Some people are working and doing their best, but they’re working at, like, McDonald’s, you know? They’re still low-income.” But among most of the working-class parents we talked to, fairness was seen not in uniformity but in more actuarial terms: If you want to receive a benefit, you have to pay into it.

We also heard parents wish government benefits would be flexible instead of one size fits all, especially when it comes to the trade-off between work and family life. Even the more self-described progressive parents tended to not want government-run child care programs, preferring vouchers or tax credits. Our participants also recognized trade-offs; most were in favor of raising the minimum wage but were quick to note the negative effects too large an increase could have on the economy.

Some parents expressed frustration with tax benefits or safety-net programs that can provide more assistance to cohabiting couples than to married ones. One participant in Georgia shared that she and her partner had chosen not to marry because marriage penalties in the tax code and the child support system would leave their household financially worse off. Another participant spoke for the group: “It’s sad that she has to choose between marrying a man she loves or losing the benefits that she has.”

Working-class parents’ feelings on work and parenthood don’t comfortably fit a partisan script, frustrating the attempts of political opportunists hoping to harness their energy to advance their favored policies. Progressive agendas tend to reflect the cares of college-educated, dual-career couples in big cities. (The Biden administration’s proposed American Families Plan, for example, polls much stronger among highly educated voters than those without a college degree.) Meanwhile, too many politicians on the right offer cultural red meat in lieu of a meaningful pro-family economic agenda.

These blind spots are real and endemic. They are what could undermine the political future of an expanded child tax credit. But they also point the way forward for a political movement that would devote time to open-ended discussions with parents from all walks of life and craft an agenda that responds accordingly.

Mira Kapoor is gorgeous in blue, shares photos with ‘Glam on the rocks’