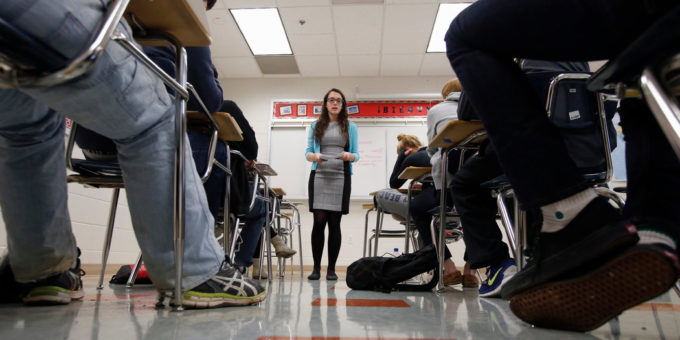 Right-wing populism is a revolt against the attempt to attack ascribed identities among the majority as racist/xenophobic and to suppress/destroy them in favor of cosmopolitan/chosen identities.

Kaufmann suggested that this element of contemporary liberalism does not provoke resentment among minorities because their “identities are encouraged. Hence they are not revolting against the elite.”

The debate over merit and status is nothing if not complex. Peter Singer, a professor of bioethics at Princeton, provided a nuanced reply to my queries. “We need to recognize that people are born with different talents,” Singer wrote:

Talented people may work hard to make the most of their abilities, but without the abilities that our society rewards, you won’t rise to the top, no matter how hard you work.

Because of this, Singer argued,

meritocracy on its own does not produce a society that gives equal consideration to everyone’s interests. Hence it’s an acceptable ideal only if combined with a pay scale that adequately rewards people who lack the talents required for the most highly paid jobs, but work hard at other, often even more essential jobs — from teachers, nurses, and police to cleaners and waste collectors.

Without adequate reward for all workers, Singer argued,

meritocracy is not an ideal, because it leaves those who, for no fault of their own, cannot do the work that is well-rewarded, in undeserved hardship.

One of the strongest cases in favor of ability testing was published by Jacobin, a magazine that by its own description “is a leading voice of the American left, offering socialist perspectives on politics, economics and culture.”

In its March 2018 issue, Freddie deBoer, who works in the Office of Academic Assessment at Brooklyn College, makes a series of significant points in “The Progressive Case for the SAT.” DeBoer argued:

It’s important to acknowledge that yes, SAT results reflect inequalities in race and social class. Black and Hispanic students and poor students do not perform as well on these tests as their white and affluent counterparts.

But, he continued, “this reflects a symptom of larger inequality, not a biased test.”

DeBoer acknowledged the argument that affluent parents can invest in special training and can hire coaches to raise their children’s scores. But he pointed to a major 2013 study that showed that the “effect of coaching on a 1600 point scale was about 20 points.”

Shifting to other, more “holistic assessments” of college applicants, particularly of extracurricular activities and special skills and hobbies, is likely to favor the rich even more than test results, DeBoer wrote:

The student who is captain of the sailing team, president of the robotics club, and who spent a summer building houses in the Global South will likely look more ‘holistically’ valuable than a poorer student who has not had the resources to do similar activities. Who is more likely to be a star violin player or to have completed a summer internship at a fancy magazine: a poor student or an affluent one? College essays are more easily improved through coaching than test scores, and teachers at expensive private schools likely feel more pressure to write effusive letters of recommendation than their peers in public schools.

First, he notes, grade inflation has resulted in a huge increase in the number of applicants with perfect, 4.0, averages. More important, grade inflation is most prevalent at predominately white middle and upper-middle-class schools. DeBoer cites research showing that:

The SAT and ACT, in deBoer’s view,

aren’t perfect. But much of the folk wisdom about them and their deficiencies is wrong, and though critics mean well, they actually risk deepening inequality by attacking these tests.

“Students who labor under racial and economic disadvantage have very few ways to distinguish themselves from the rest of the pack,” deBoer writes in conclusion. “A stellar SAT score is potentially one of the most powerful. We should take care not to rob them of that tool in a misguided push for equality.”

The reality is that meritocratic testing is certain to be commonplace for the foreseeable future in corporate America and in specialized professions, although some schools and colleges may cut back.

CareerBuilder, which describes itself as “at the forefront of innovation when it comes to using data and technology to evolve the human capital management space,” estimated in a December 2017 study that “companies lost an average of $14,900 on every bad hire in the last year,” not to mention damage to a company’s reputation, to workplace morale and the loss of other qualified workers.

Hong Kong extradition: Hope and defiance among the protesters

UN calls for next phase of Hodeidah agreement amid stalemate

The Hundred: Jemimah Rodrigues Slams 92 Off 43 Balls To Power Northern Superchargers To Victory
2021-07-24