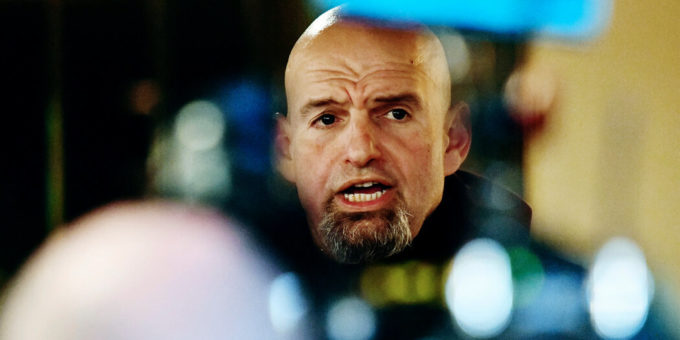 “He has said he did not actually point the gun, but what difference does that make?” said Mark Kelly Tyler, the pastor of Mother Bethel African Methodist Episcopal Church, one of the nation’s oldest A.M.E. churches. “Even if he admitted that it was from his implicit bias and says that he has learned from it, that would actually be better. It would be accepted.”

Mr. Tyler said that if Mr. Fetterman does not do a better job of explaining it, the incident will be “weaponized on Black talk radio and elsewhere” and used by his opponent in the fall to depress turnout.

Mr. Fetterman won by huge margins all across Pennsylvania, with one notable exception: Philadelphia. There, it was a close race against a third Democratic primary candidate, Malcolm Kenyatta, a city resident and the first Black openly gay L.G.B.T.Q. member of the state legislature.

With the primary complete, everything is reset. In a big state with six television markets, the candidates will likely combine to spend $200 million or more — much of it, undoubtedly, in an attempt to label each other as too extreme for middle-of-the-road Pennsylvania.

Mr. Fetterman’s progressive politics and persona appeal to younger people. They lean to the left and are always potentially influential in any election. But they are also traditionally the least reliable voters, especially in nonpresidential years.

In Pennsylvania and all other battleground states, it always comes down to the math. The state’s graying electorate does not always like new things or ideas.

Mr. Fetterman is ultimately going to have to go where the votes are. And if he has a problem with Black voters, he will have to solve it.

Michael Sokolove, a contributing writer for The New York Times Magazine, is the author of “Drama High: The Incredible True Story of a Brilliant Teacher, a Struggling Town and the Magic of Theater,” which is set in his hometown, Levittown, Pa.

Scott Morrison crashes into a boy during football match

Ranbir Kapoor gets on his knees to play the dafli for Karan Johar at birthday bash; filmmaker burns the dance floor with Ranveer Singh and Kajol. Watch videos
2022-05-26