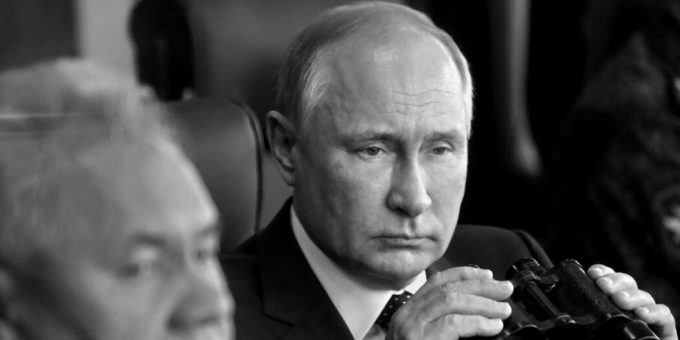 In a country where 72 percent of the population doesn’t have a passport and where the financial means to travel abroad remain generally out of reach, such messages find a receptive audience.

This wall-to-wall coverage has profound effects on public opinion. In 2008, as conflict between Russia and neighboring Georgia escalated, the media went into overdrive, depicting Georgia as a haven of anti-Russian activity intent on violence. The results were stunning: A year later, after the war ended, 62 percent of Russians considered Georgia, a small republic in the south Caucasus, to be Russia’s main enemy.

Now ruled by a government more friendly to Russia, Georgia has largely disappeared from state television. The view of it as the main enemy has steadily dropped and is now held by just 15 percent of Russians.

Both broadcast and print are comprehensively under the Kremlin’s control. So too, nearly, is the internet. Ten years ago, social networks helped bring people to the streets in protest against rigged parliamentary elections. Since then, a set of technological and legislative measures — tapping users’ phones and computers, introducing criminal charges for content labeled “extremist” and curtailing the independence of Russia’s biggest tech company, Yandex — have turned the internet into heavily policed terrain. A social media post can cost a few years in prison.

But that’s not the whole story. The great success of Mr. Navalny’s film about Mr. Putin’s alleged mansion by the Black Sea, which has been watched by at least 118 million people since it was released in January, shows that the state’s domination over the media is not enough to prevent undesired content from reaching ordinary Russians. No matter how extensively the Kremlin intervenes in internet platforms — through bots, paid trolls and law enforcement — it remains possible to spread information injurious to the regime.

There are still a few independent local and nationwide media outlets in Russia. Though they can hardly compete with state-funded television channels and newspapers, they are able to reach a sizable slice of the population.

Meduza, for example, one of Russia’s most respected independent news outlets, draws millions of readers to its website a year, and MediaZona, an independent outlet that focuses on corruption and the misuse of law enforcement powers, added more than two million readers earlier this year through its coverage of Mr. Navalny’s trial. TV Rain, an independent television channel, manages to command the attention of 2.3 million viewers.